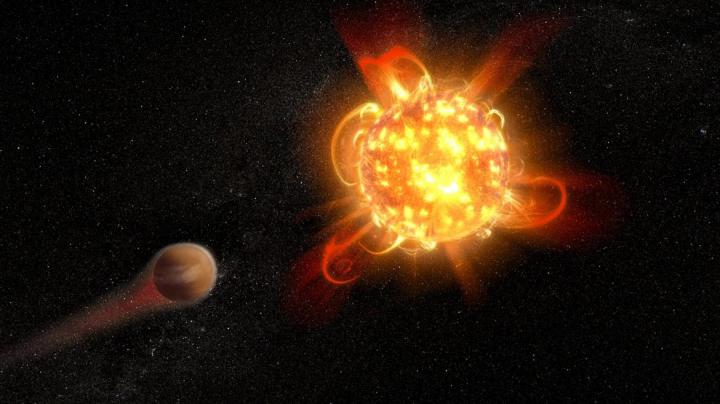 2MASS J02365171-5203036 is a rather inconspicuous red dwarf of spectral class M2. It travels through the universe approximately 123 light years from Earth and normally has a luminosity of approximately one-thousandth of that of our Sun’s. On 9 August 2017, however, it experienced an outburst that made it noticeable even in the Hubble Space Telescope’s data: it released energy of 1.3 * 1032 erg over a very short period of time – for comparison, a typical solar eruption measures approximately 1027 erg/s.

That is a quantity that corresponds, for example, converted to food energy, to ten billion tons of bread or 100 million gigawatt hours, which was the worldwide energy demand in 2010, released from the Sun in one second.