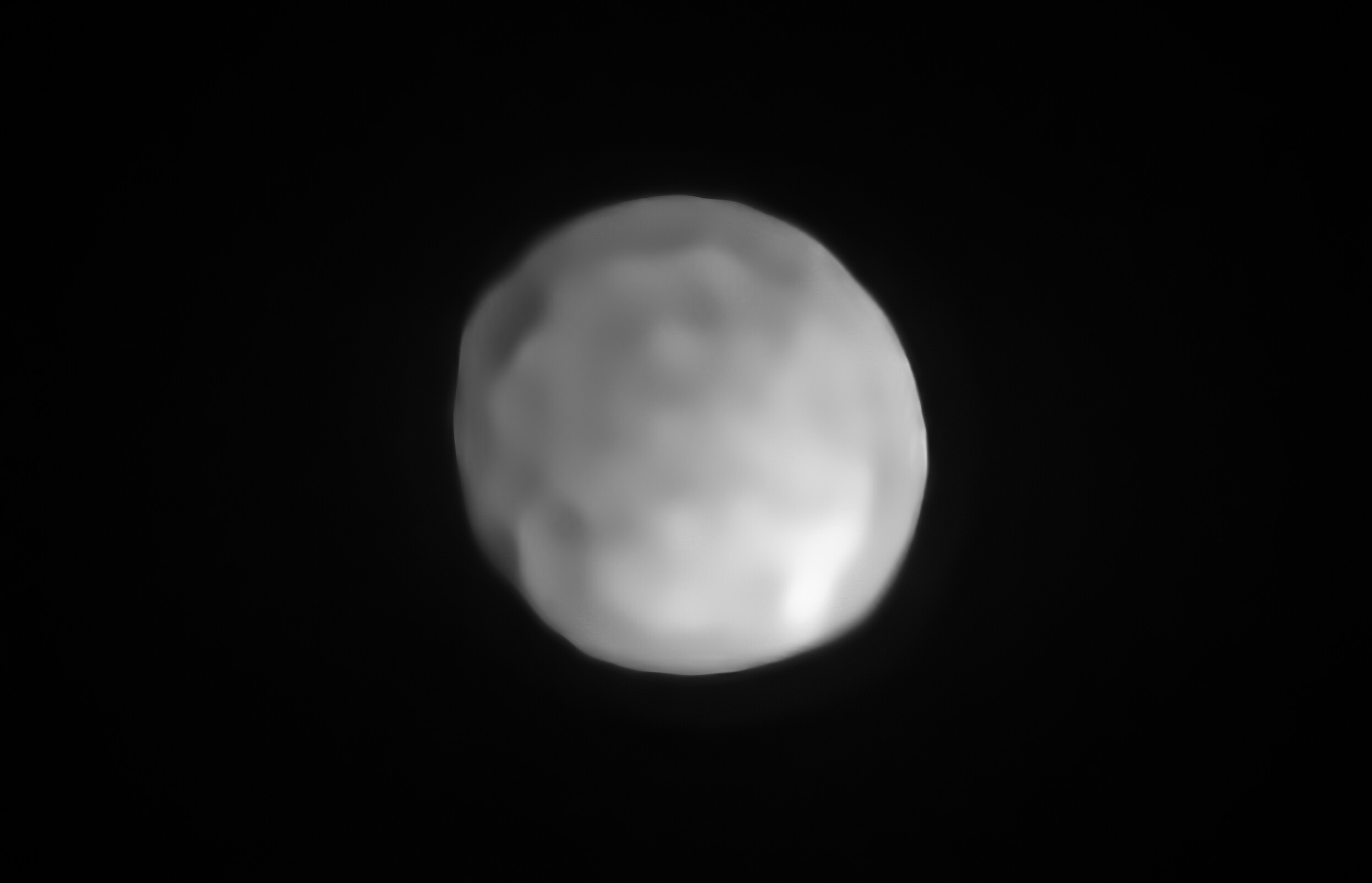 According to the definition of the International Astronomical Union (IAU), dwarf planets are celestial bodies that do indeed have the round shape of a planet, but do not have sufficient mass to dominate the area around their distance to the Sun. The most well-known example of a dwarf planet is surely Pluto (with a diameter of 2400 kilometers (1490 miles)). Eris, Makemake, and Haumea are three other dwarf planets orbiting in the outer regions of our Solar System. At 950 kilometers (590 miles), Ceres is the largest object in the Asteroid Belt and simultaneously the smallest dwarf planet.

But maybe not for much longer, because the asteroid Hygiea also appears to be approximately spherical. The asteroid discovered by Annibale de Gasparis on April 12, 1849 in Naples was named after Hygieia, the daughter of the god Asclepios from Greek mythology. It is only the fourth largest object in the Asteroid Belt. However, differently than the somewhat larger asteroids, Vesta and Pallas, it actually appears to be spherical, as observations with the SPHERE instrument of the Very Large Telescope of the European Southern Observatory, ESO, have shown.