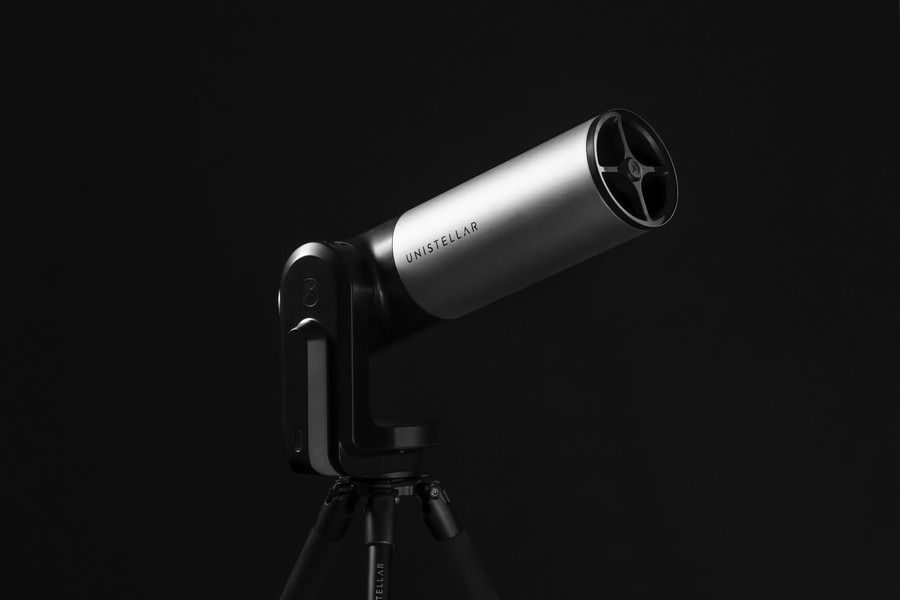 I built my first telescope myself when I was around ten years old. I built it using an optics kit that I got after burning a finger while trying to solder something in an electronics kit (yes, back in the good old days, some toys actually had parts that could burn down your house or at least melt solder). The Moon always appeared upside down in that telescope, which always struck me as odd. After all, my binoculars showed everything right side up. I had the suspicion that the grown-ups were trying to prevent me from using the telescope to spy on far-away windows. Which actually would’ve been possible; our apartment on the 14th floor of a high-rise building would’ve given me some good possibilities.

Well, the Moon still appears upside down even in the eVscope, which is made by the French manufacturer Unistellar and costs around $3000 online. I now have this telescope set up on my balcony and sometimes take it out in my garden or to a field. I paid much less for it, around $1300, because I supported the project on Kickstarter back in 2017. The actual delivery was delayed somewhat, but I’m sure you know that’s fairly common with Kickstarter.