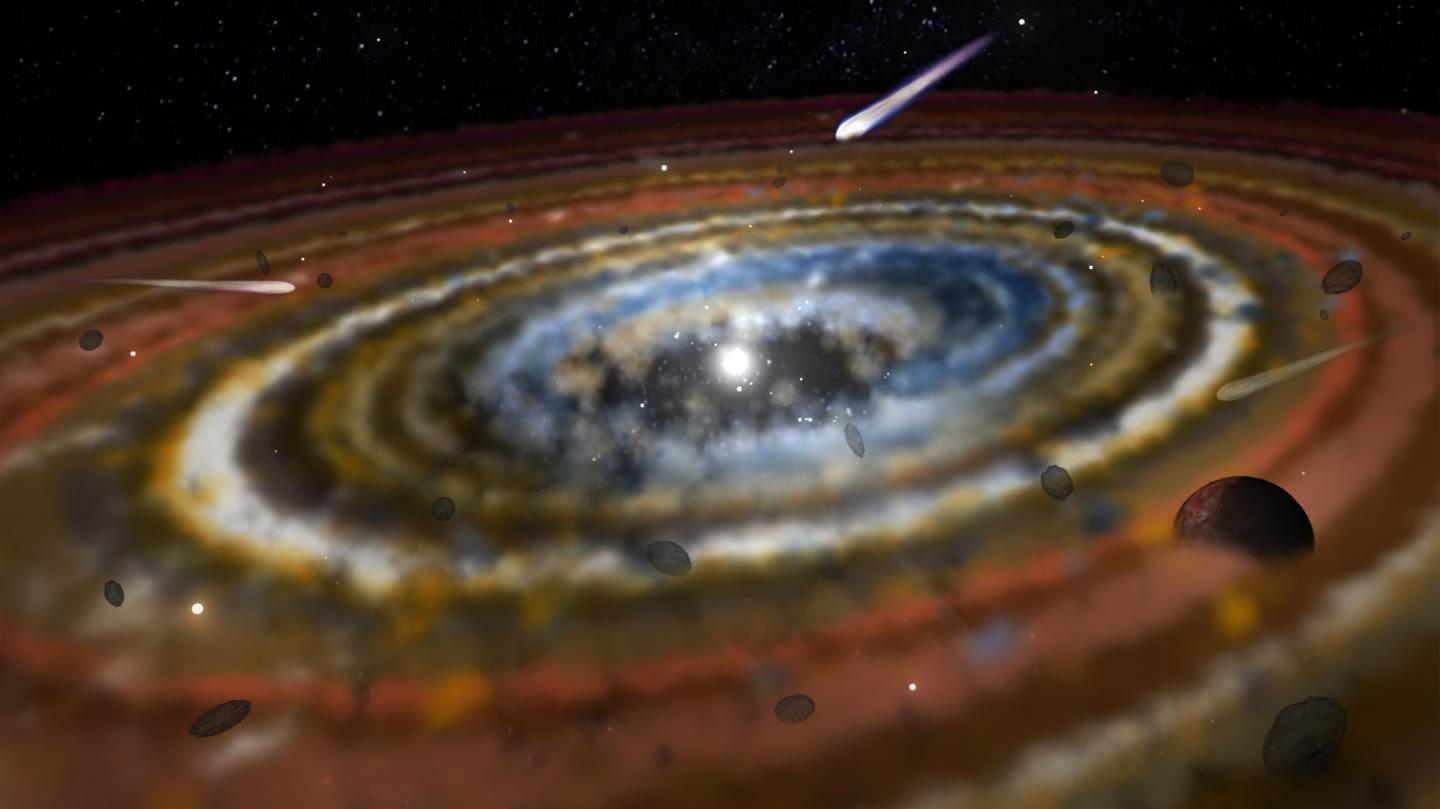 NASA’s satellite TESS is actually supposed to be searching for exoplanets. To do this, TESS records light curves of stars, that is, the change in brightness of a star over time. If something happens in a certain rhythm in these light curves, then there must be something there covering the star repeatedly – something like a planet. Or maybe a comet! TESS has apparently just discovered three of these in orbit around the nearby star Beta Pictoris.

Sebastian Zieba, a graduate student on a team led by Konstanze Zwintz at the Institute for Astrophysics and Particle Physics at the University of Innsbruck, discovered the signal of the exocomets when he analyzed the TESS light curve from Beta Pictoris in March of this year. “The data showed a significant decrease in the intensity of the star’s light. These fluctuations due to the darkening by an object in the star’s orbit can clearly be associated with a comet,” says Zieba, explaining the discovery published in the international journal Astronomy and Astrophysics.