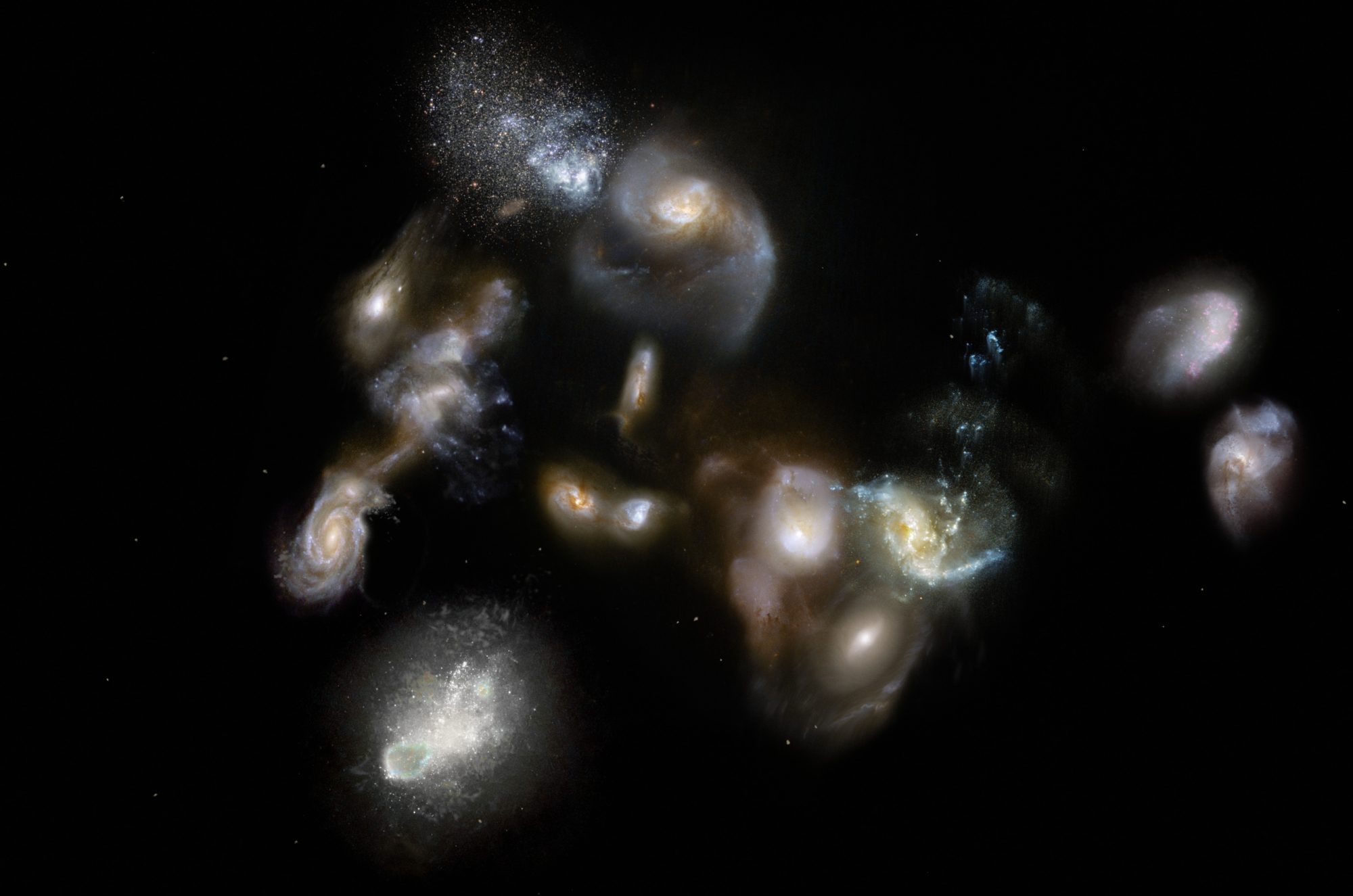 As an object of research, the universe is an enviable and unenviable object at the same time. Unenviable because it is really, really big and all of us can only observe it from a single position that is not optimal at all (imagine you had to take all of your photos through the keyhole of your bedroom’s closet door – even pictures of your living room!). Enviable because it permits a look into its own past. Not like a human, who sees his or her own past in their gray hair and wrinkled skin, but instead “as it actually happens.” All you need to do is look deep enough into the universe to see its past unfolding.

Two international research teams are now doing just that with the Atacama Large Millimeter/Submillimeter Array (ALMA) and the Atacama Pathfinder Experiment (APEX) of the European Southern Observatory (ESO). They looked at a few strange objects that had been first discovered as weak spots of light with the South Pole Telescope and the Herschel Space Observatory. The spots of light turned out to be a proto-galaxy cluster, which was named SPT2349-56 and is located at such an enormous distance from us that the light reaching us today was emitted from the cluster when the universe was only a tenth of its current age, approximately 1.5 billion years old.
END_OF_DOCUMENT_TOKEN_TO_BE_REPLACED