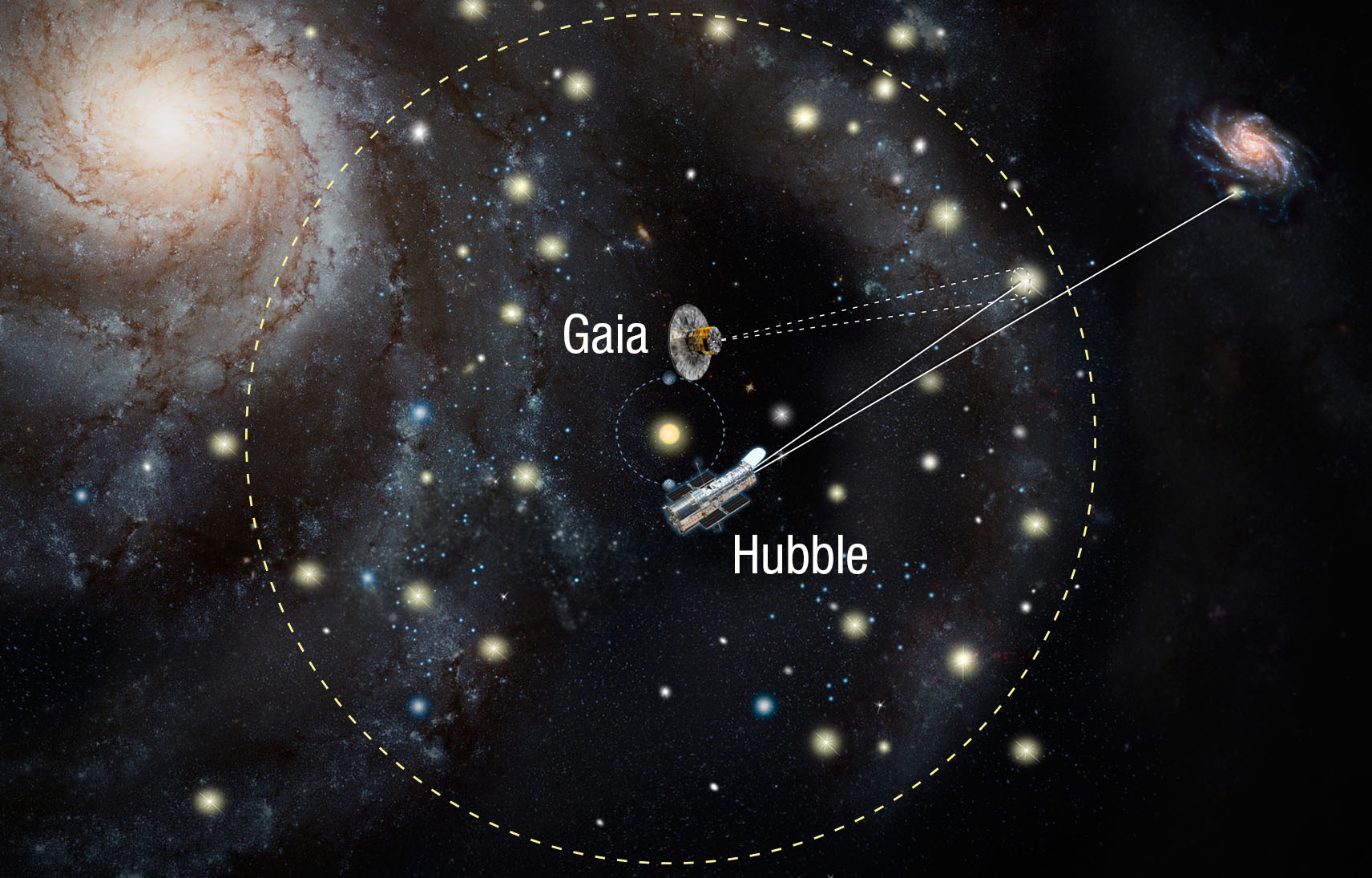 Since the big bang 13.8 billion years ago, the universe has been expanding. The decisive question is: how fast? This speed is also called the Hubble constant – after Edwin Hubble, who first noticed the expansion of the universe.

Astronomers have come up with two methods to calculate this constant. Method 1 involves the measurements by the ESA’s Planck satellite. This satellite measured the precise structure of the cosmic microwave background, which was produced 380,000 years after the big bang. This can be used to extrapolate the speed of expansion – by using the laws of physics. Calculated in this way, the Hubble constant is 67.0 kilometers per second per megaparsec. This means that for every megaparsec a star is from us, it is moving 67 kilometers per second faster away from us.