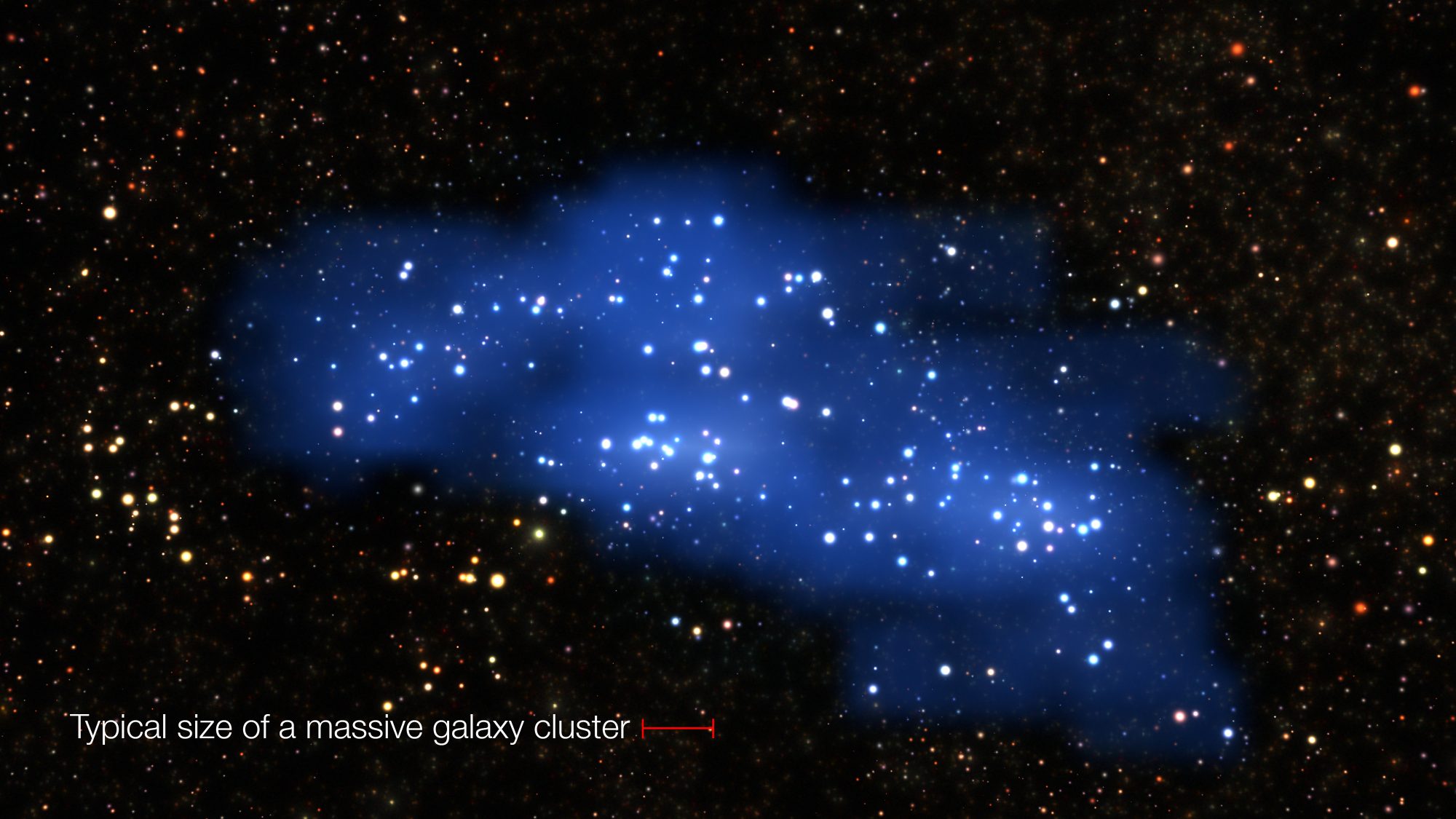 The vast expanse of the universe has one advantage: because the light from the farthest reaches of the universe takes so long to get to us, astronomers can gain insight into its early history. Scientist’s latest discovery: galaxy superclusters apparently formed relatively early – as shown by one structure that scientists have named “Hyperion.” The gigantic proto-supercluster was identified by a team of astronomers led by Olga Cucciati from the Istituto Nazionale di Astrofisica (INAF) Bologna (Italian Institute of Astrophysics in Bologna) with the VIMOS instrument on the European Southern Observatory’s Very Large Telescope (VLT).

Hyperion, observed approx. 2.3 billion years after the big bang, is the largest and most massive structure yet discovered so early in the creation of the universe. It contains the mass of approx. one billion Suns. Galaxy superclusters like the Sloan Great Wall or the Virgo supercluster, in which the Milky Way is located, are normal today. But the discovery that Hyperion already existed so early in the universe’s creation was a surprise to astronomers.