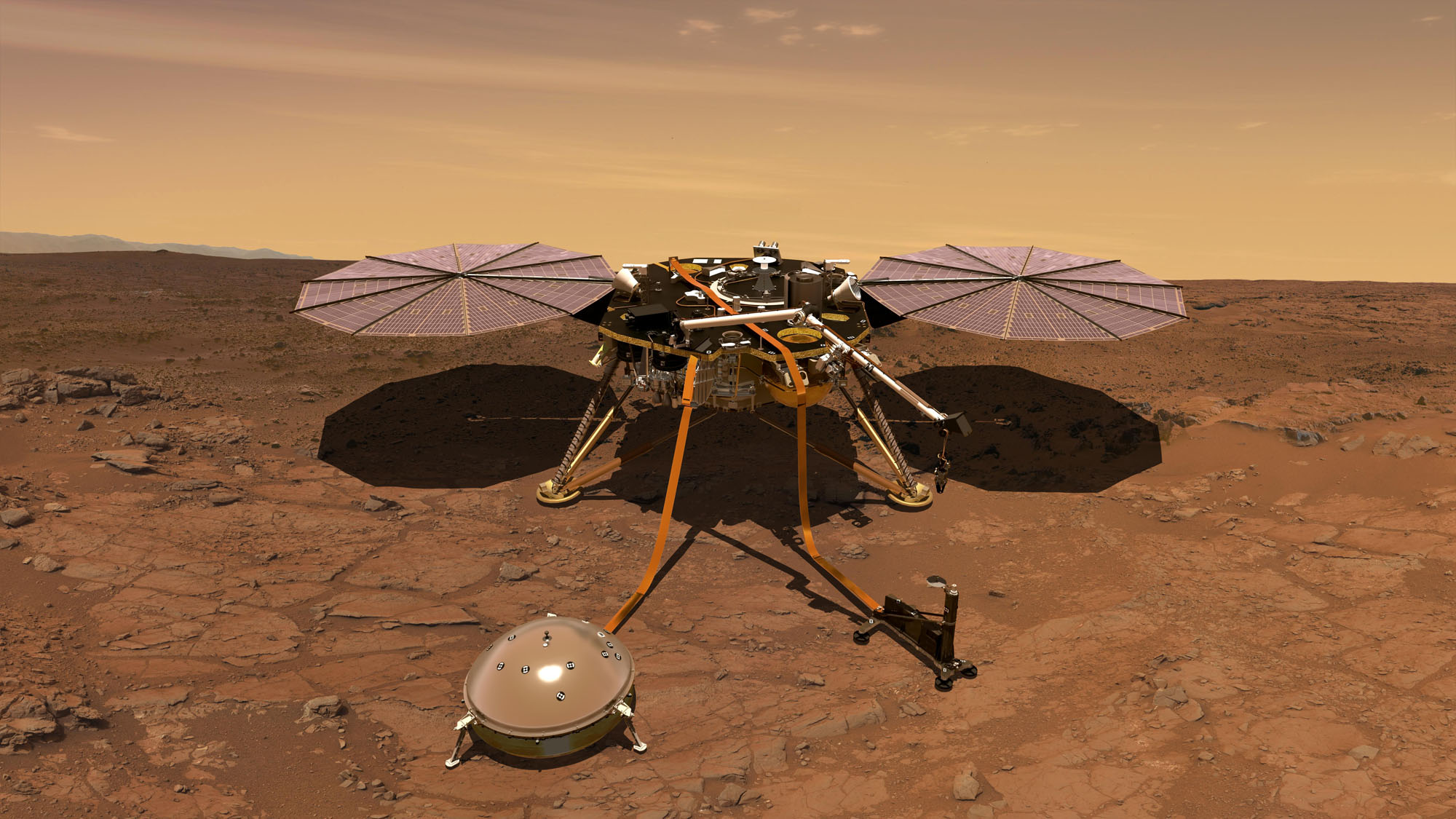 As background research for my up-coming novel “Mars Nation,” I’ve been following live the start of the new Mars “InSight” satellite. For the first time, an interplanetary NASA mission will begin on the west coast of the USA. The launch site is the Vandenberg Air Force Base, home of the US Air Force’s 30th Space Wing. Military and civil missions to Earth orbit have started from here, but the Insight probe is so lightweight that it does not need to take advantage of being close to the equator. In addition, in the available launch window (there is one only every 26 months), the base is not yet as booked up as the Kennedy Space Center in Florida.

The mission will conduct three novel scientific experiments at the same time, which require a fixed base that is as stationary as possible (thus, no rover). After landing with the help of parachutes and braking jet engines, a robotic arm (Instrument Deployment System) will set down the two main experiments onto the surface over a period of several months.
END_OF_DOCUMENT_TOKEN_TO_BE_REPLACED