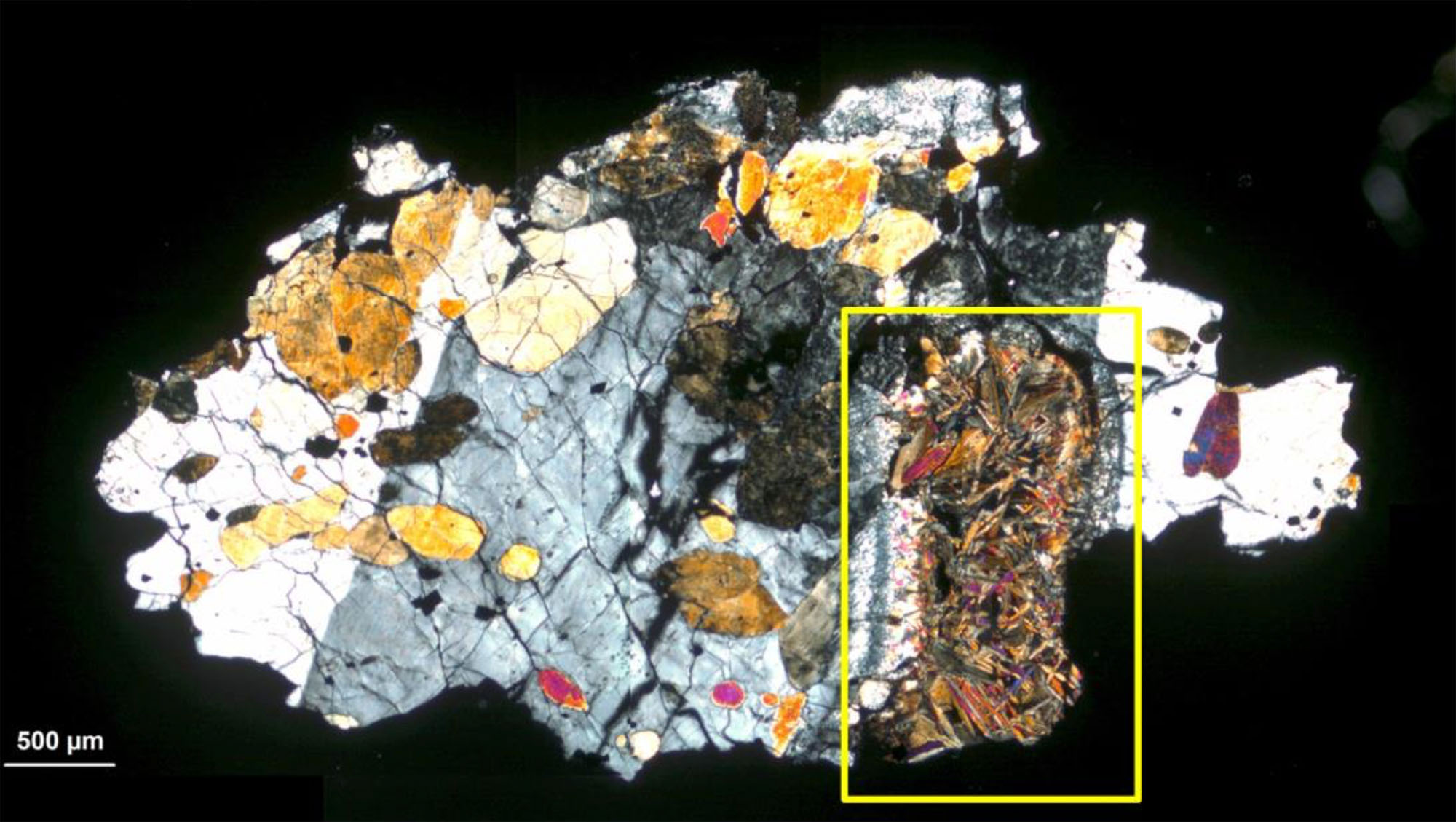 ALH-77005 has already been through a lot. The lump of stone, which weighs around one pound, was ripped from the surface of Mars 178 million years ago by the impact of a bigger meteorite. The force of the impact flung it into space. Through no fault of its own, ALH-77005 was then put on a course to Earth, where it arrived three million years later.

It was bigger at the time, but its entry into the Earth’s thick atmosphere would have broken it apart. A lump of brown-gray stone, weighing 483 grams and measuring 9.5 cm x 7.5 cm x 5.25 cm, survived the descent and buried itself into Antarctic ice. There it remained for 175 million years until American and Japanese researchers discovered it in 1977.

Scientists quickly determined that ALH-77005 had come from Mars. To get at its real secrets, however, they had to cut it open. This provides an urgent lesson to any aliens out there whose outer appearance might be mistaken for that of a rock: don’t fall to Earth! A thin slice of the stone made its way to Hungary, where researchers put it under a microscope – and discovered some very exciting details that can now be read in a report.