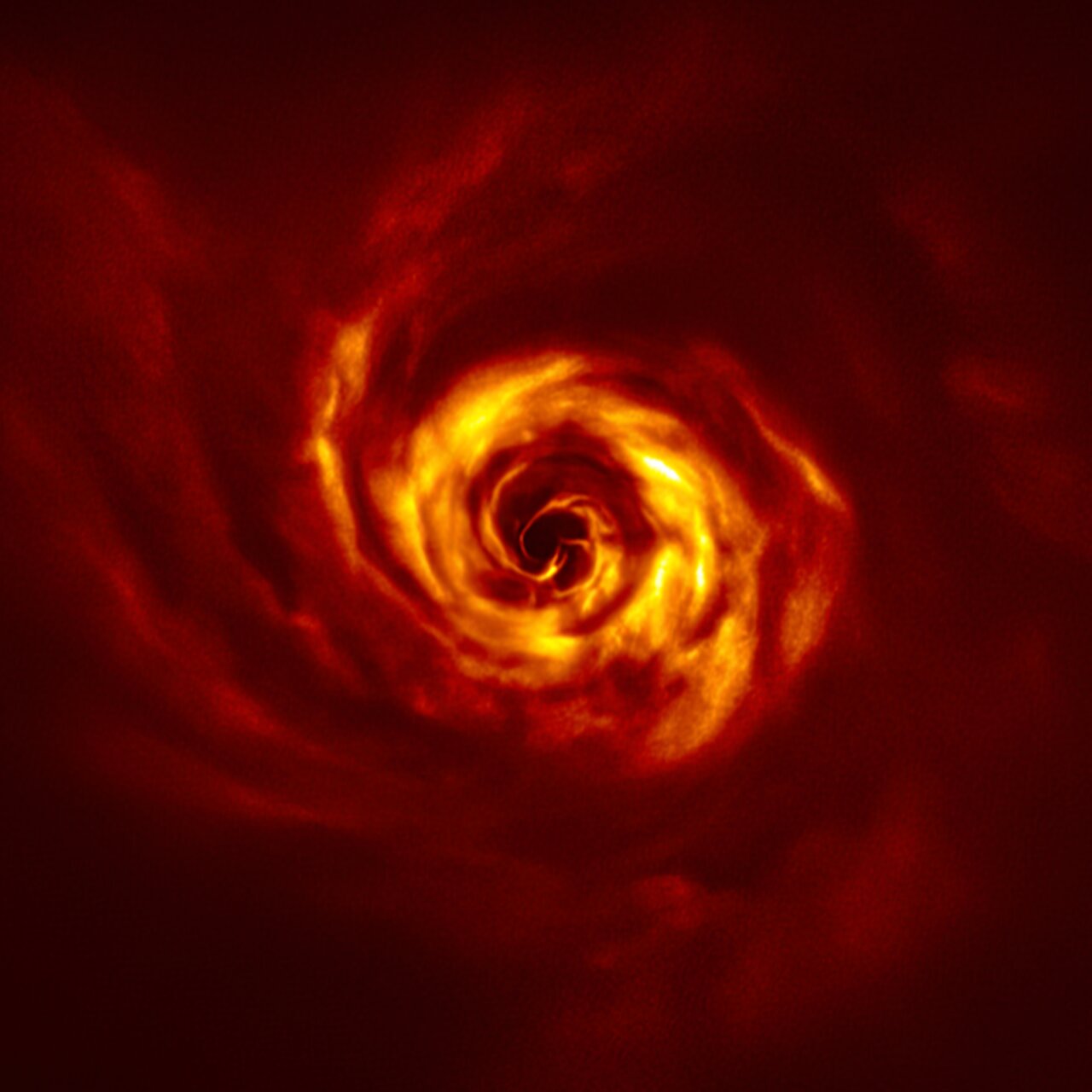 AB Aurigae, 520 light-years from Earth in the constellation, Auriga (the charioteer), is far from grown up: the star is a so-called Herbig Ae/Be star, which has not yet started to fuse hydrogen in its core. Despite its youthful age of only a few million years, however, it already appears to be concerned with trying to produce offspring. And so, as humans are wont to do, they don’t look away considerately, but instead direct their eyes (and their telescopes) right at the action, full of curiosity.

In doing so, the Very Large Telescope of the European Southern Observatory (VLT) has found clear evidence for the development of a planetary system. In the dense dust and gas disk circling AB Aurigae, the astronomers discovered a distinctive spiral structure with a twist. This appears to mark the spot where a planet is likely forming. This observed feature could thus be the first direct evidence for the formation of a baby planet.