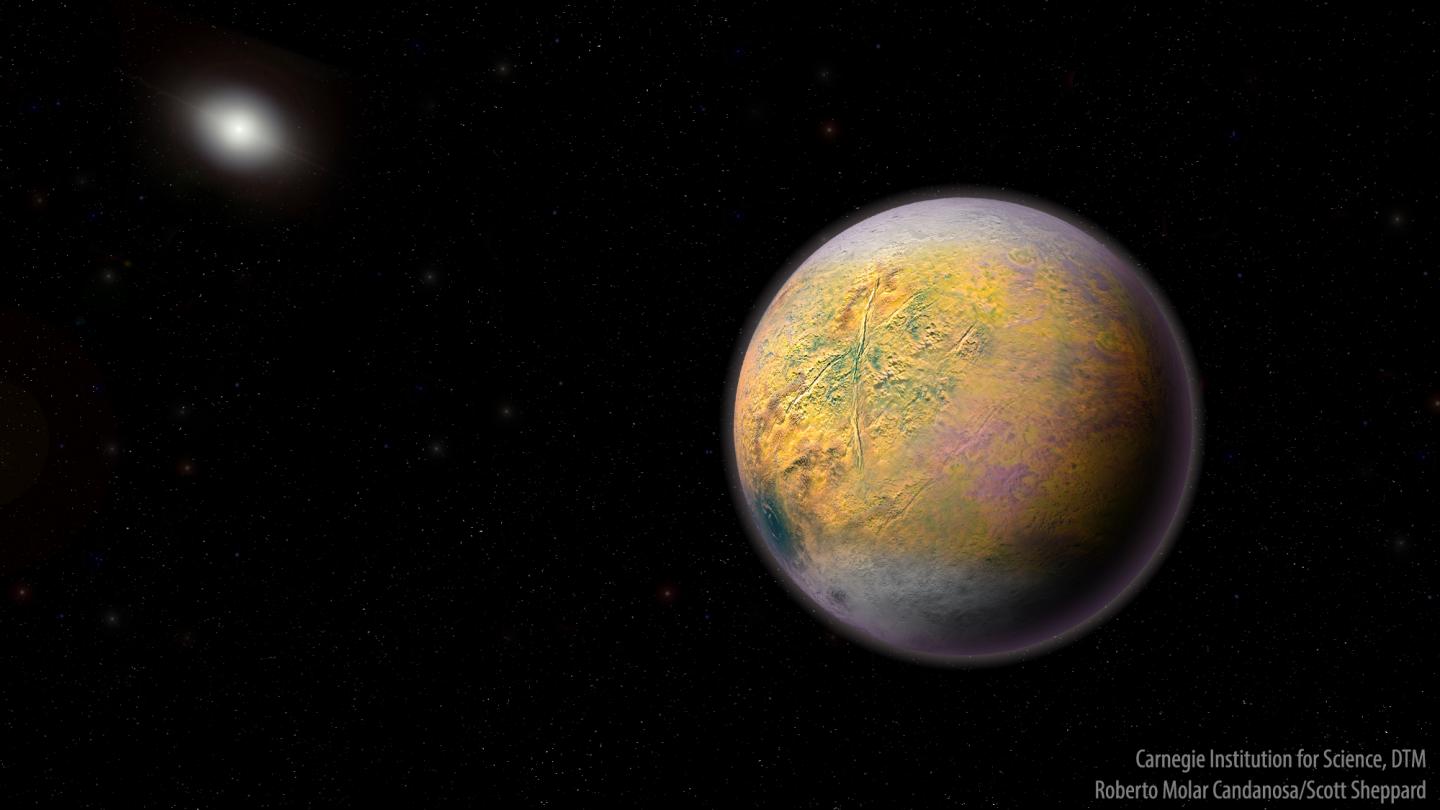 A team led by astronomers Scott Sheppard and Chad Trujillo has been searching for a while for Planet X, which is supposed to orbit the Sun somewhere in the Oort Cloud far beyond the other planets. To do this, they are studying the areas of interest particularly closely – and keep coming up with interesting discoveries in the process.

This time the result is called 2015 TG387. The object was first registered in 2015; scientists needed until today to confirm its orbit, which leads it once around the Sun every 40,000 years. 2015 TG387 is one of the most distant dwarf planets in our Solar System. It never gets closer to the Sun than 65 astronomical units (AU, distance from the Earth to the Sun) and its distance ranges up to 2300 AU.