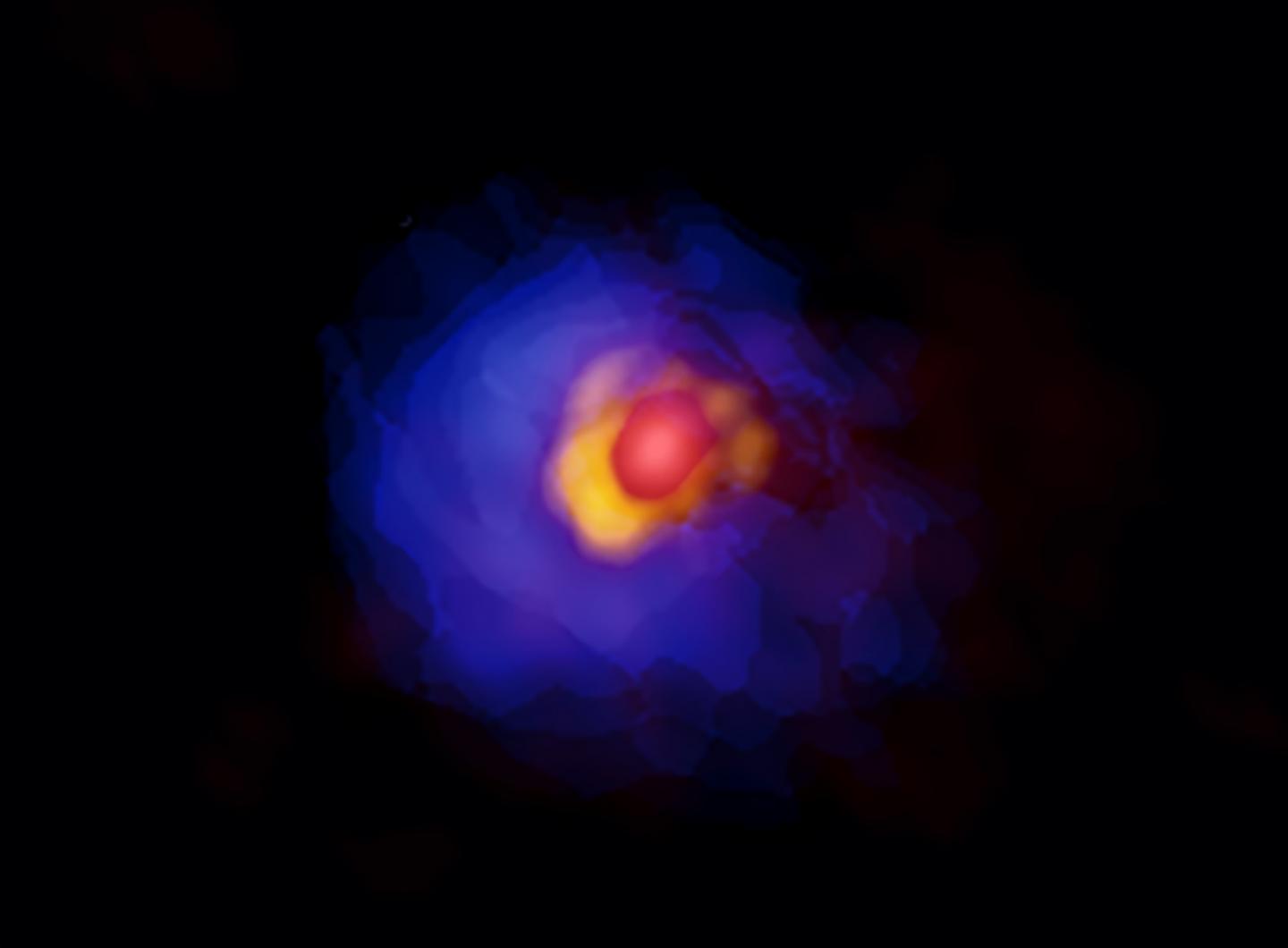 The protostellar object, G353.273+0.641, which is located 5500 light-years from Earth in the constellation Scorpio, is still a baby. It ignited only around 3000 years ago; astronomically, that is an extremely short amount of time. Nevertheless, G353 is already ten-times heavier than the Sun, and it’s still growing.

For the first time, researchers were able to catch a direct glance from above of such a massive protostar and its surroundings using the Atacama Large Millimeter/submillimeter Array (ALMA). In this way, they were able to determine that apparently size doesn’t matter. G353, in any case, acts no different than other lighter baby stars. As a protostar, it is surrounded by a dust disk, the protoplanetary disk, which is, in turn, fed by a gas cloud that surrounds the entire system.