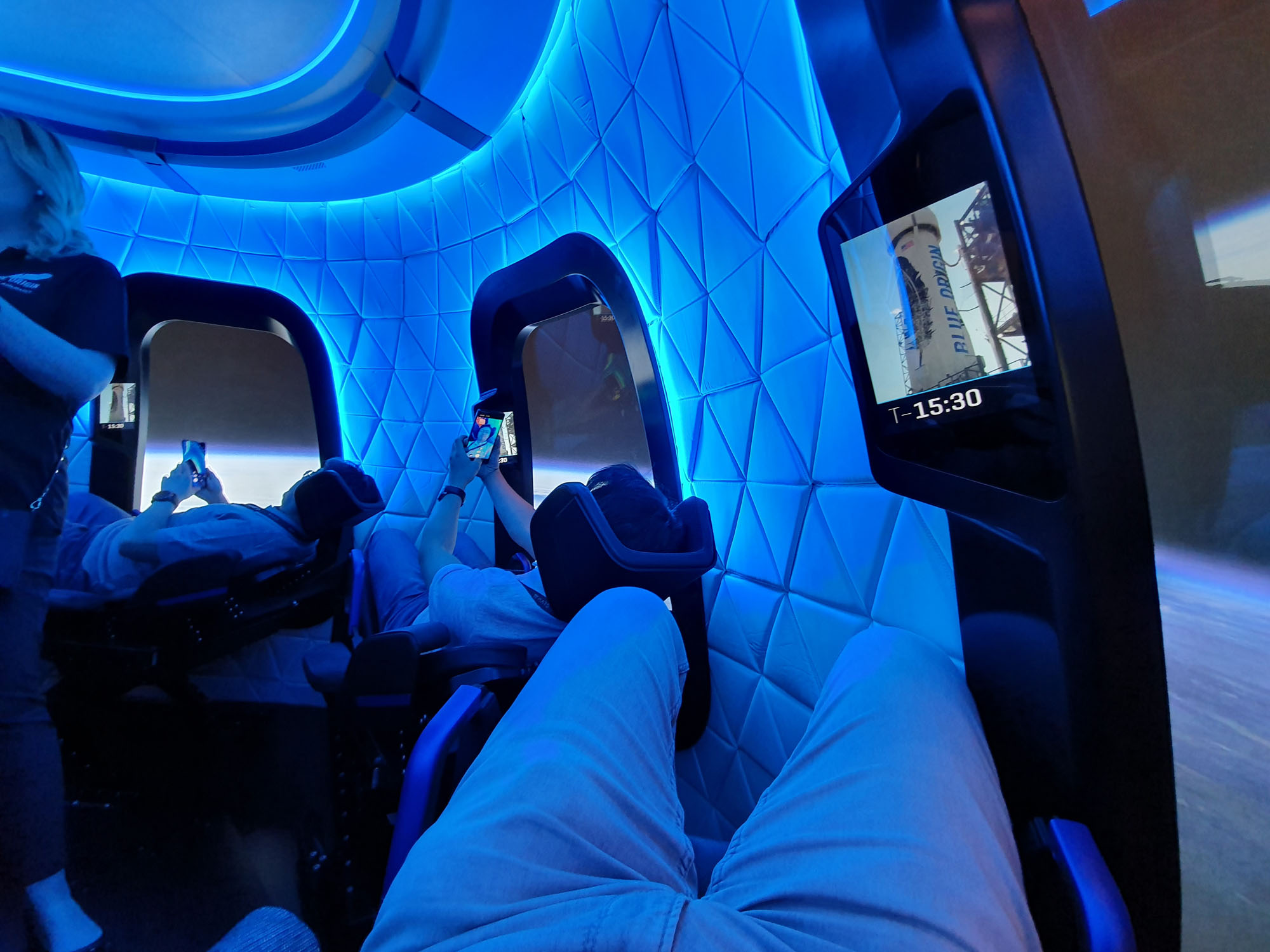 In 2019, the private space travel company Blue Origin is still planning on being the first private organization to bring humans above the Karman line to an altitude of 100 kilometers (62 miles) and thus officially into space. The company founded by Jeff Bezos (Amazon) is setting its hopes on the “New Shepard,” a suborbital rocket with a passenger and cargo capsule that is launched and also landed by remote control – and is also reusable. It’s not yet clear how expensive the flights will be, but its competitor Virgin Galactic offers something similar for $250,000 (but not with “real” rockets and not above the Karman line).

I was able to try out the capsule at the Re:MARS Conference hosted by Amazon in Las Vegas – without actually launching into space, unfortunately. The capsule has room for six passengers. Each traveler has his or her own large window (considerably larger than an airplane window). Space in the capsule is naturally somewhat tight. The reclined seats are designed so that you sit with your knees bent. Nevertheless, I felt very comfortable. That is also not an unimportant detail, because ultimately, you’ll have to be able to endure up to 4.7g in that seat (almost five times the acceleration due to gravity).