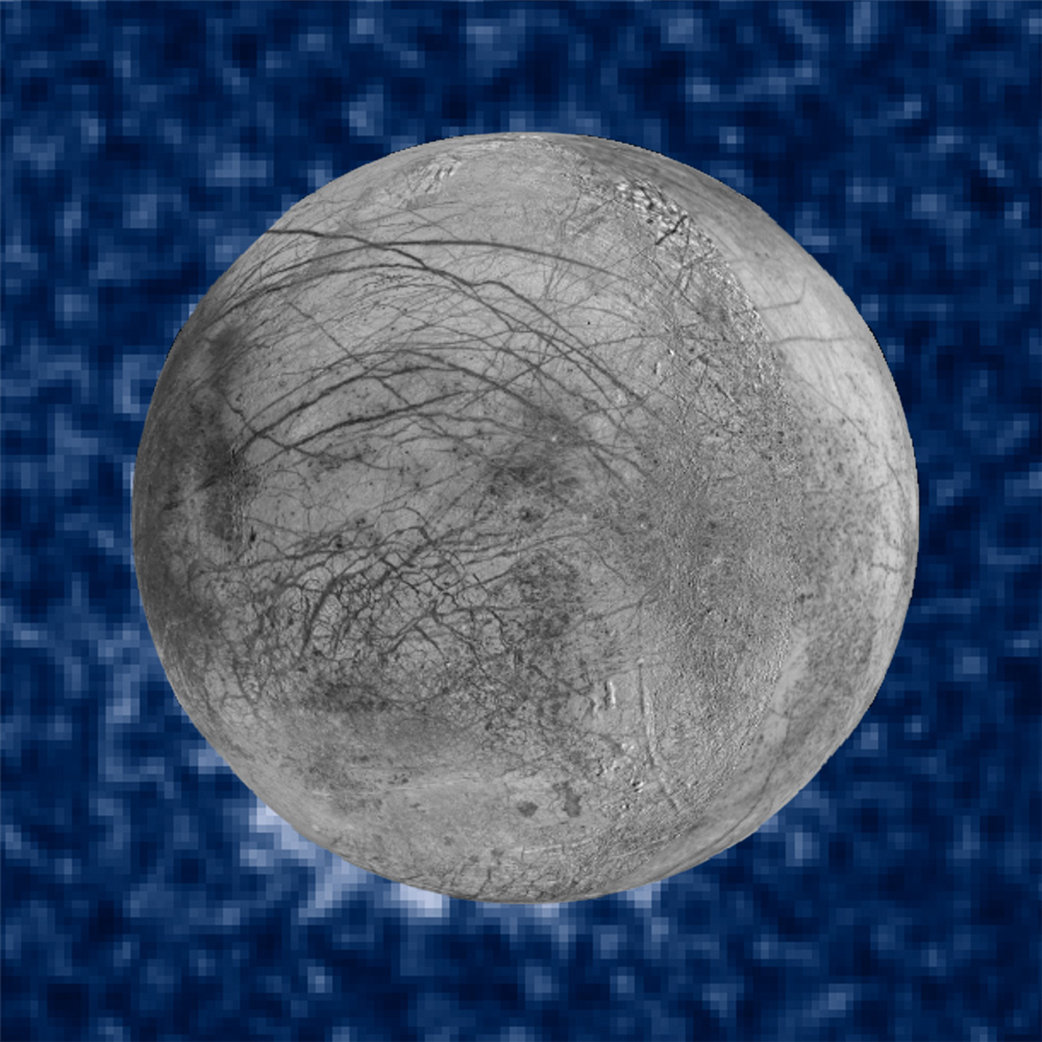 One of the special features of Saturn’s moon, Enceladus, magnificently photographed and analyzed by the Cassini probe, are its geysers: close to its south pole, large fountains made from ice crystals burst from the ocean under the crust and leap into space. Like Enceladus, we know that Jupiter’s moon Europa is also an icy moon. Whether there are also geysers on Europa, however, is anything but clear. If there are geysers on Europa, this would be an advantage because then we could find out very simply what is in the ocean believed to be under Europa’s crust. Since Europa will receive two visitors in the 2020s (the ESA probe JUICE and the NASA probe Europa Clipper will travel to the moon), curiosity is growing from year to year.