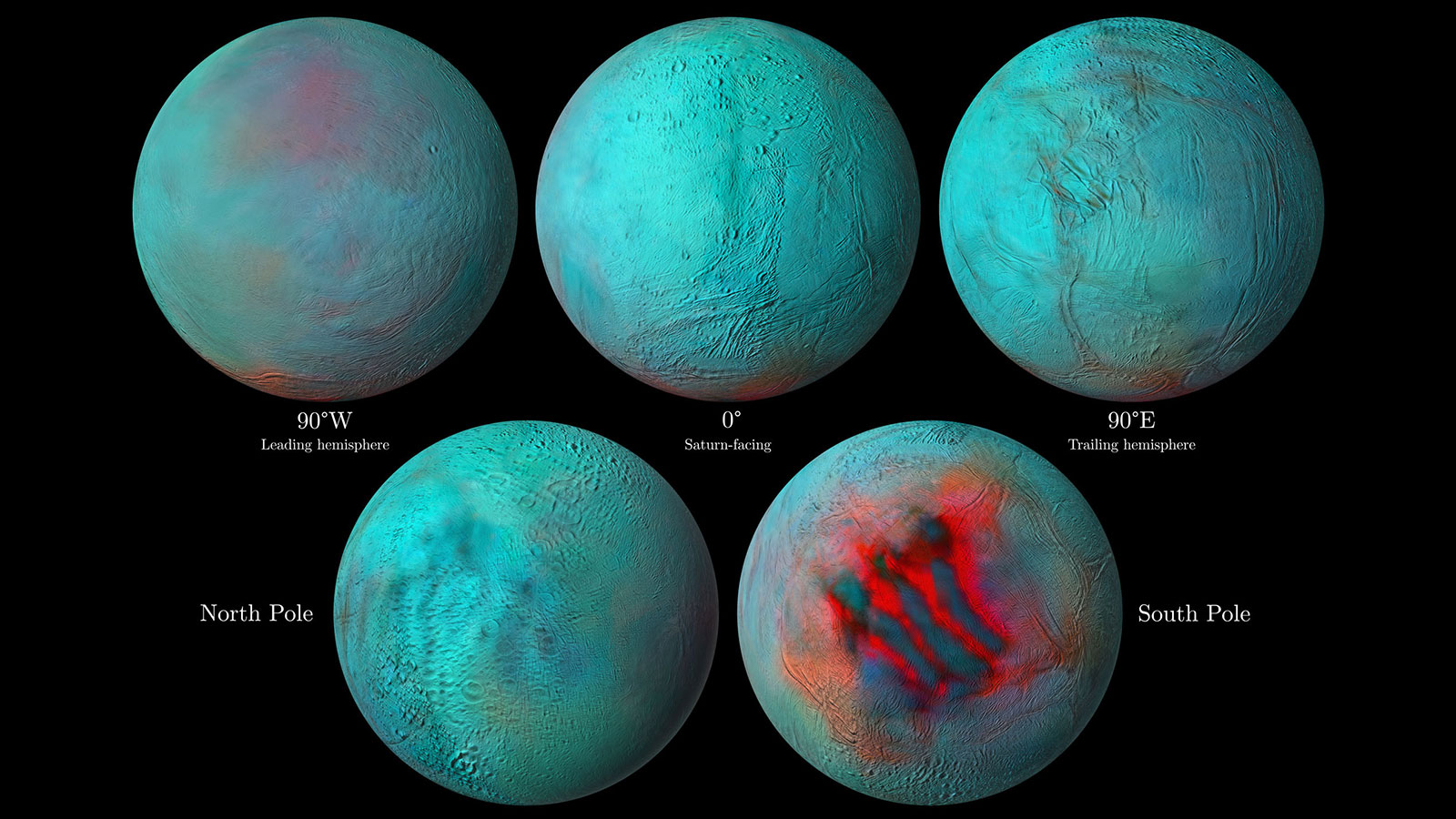 No, unfortunately nobody’s opened a new Ben and Jerry’s on Saturn’s icy moon Enceladus. Not yet, at least. But a new paper just published in the magazine, Icarus, shows again just how valuable the images are from the joint NASA-ESA mission Cassini, even years after the probe was intentionally crashed into Saturn. Specifically, Cassini also delivered the most detailed global infrared images ever taken of Saturn’s moon Enceladus. Combined with photos of Cassini’s other cameras, they provide convincing evidence that the northern hemisphere of the moon is covered with relatively fresh ice from its interior.

The scientists that were part of the Cassini mission discovered in 2005 that enormous geysers of ice particles and vapor are shooting out from an ocean beneath its icy crust. The new spectral map shows that infrared signals can be clearly correlated with this geological activity that can be easily seen at its south pole. There, ice and vapor from the liquid interior are being ejected out in the so-called “tiger stripes.”