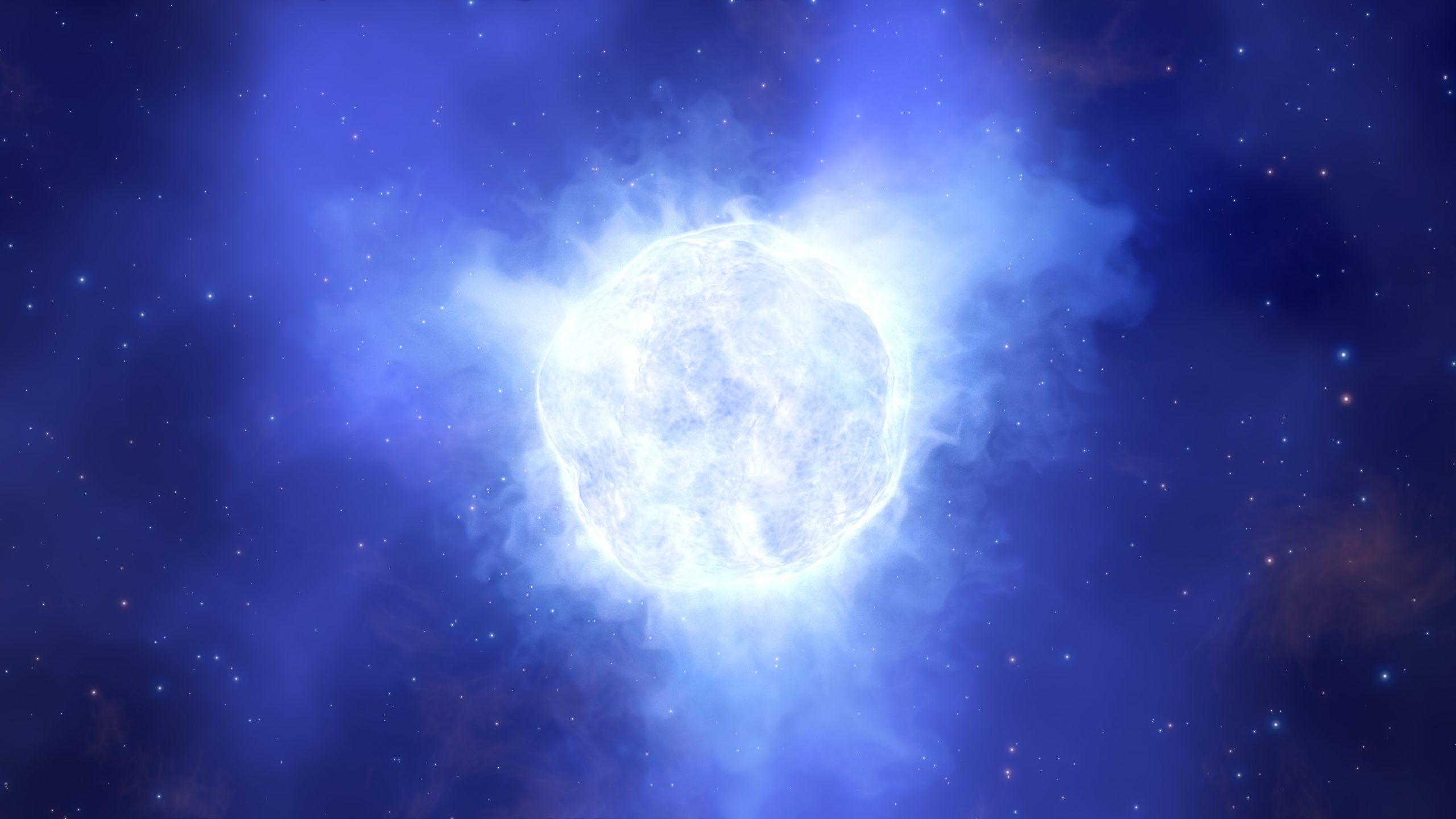 PHL 293B, also known as HL 293B, the Kinman dwarf galaxy, A2228-00, or SDSS J223036.79-000636.9, is a small, not especially bright galaxy 75 million light-years from the Sun. It belongs to a class of so-called “blue compact dwarf galaxies.” These normally consist of several large, young star clusters containing hot, massive stars. The brightest of these are blue – thus the designation of the galaxies and their color.

PHL 293B is no different. Between 2001 and 2011, astronomers observed that the dwarf galaxy was dominated by a blue giant, a “luminous blue variable” (LBV), which shines approximately 2.5 million times brighter than the Sun. Such stars, as you might suspect from their name, are unstable and dramatic changes in their spectrum and brightness are the rule, not the exception. These variations leave behind specific traces that can be identified by scientists.