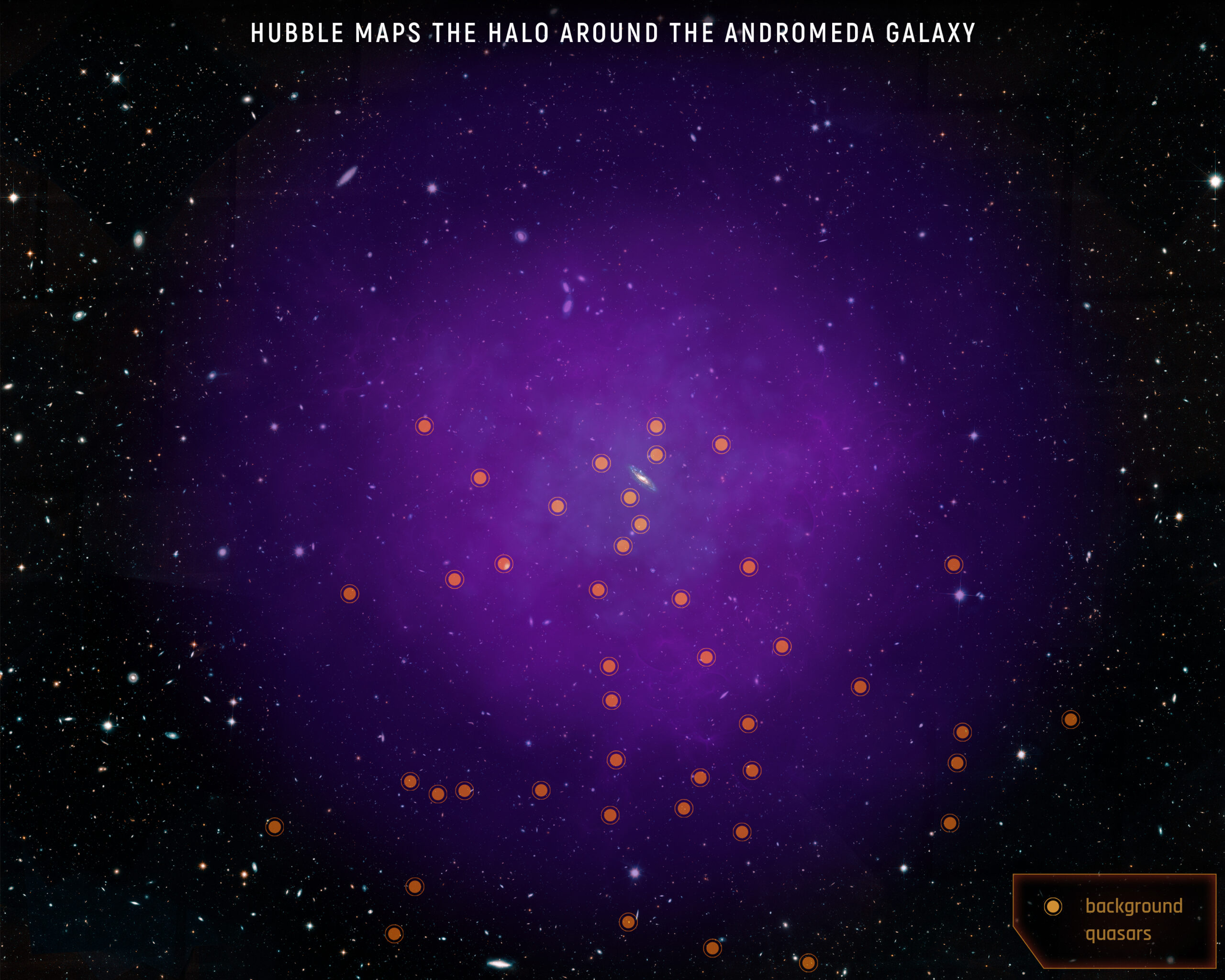 It’s inevitable that the Milky Way and the Andromeda Galaxy will one day collide and merge, even though right now there’s still 2.5 million light-years between them. Thus, the light that we see from Andromeda today was emitted from there 2.5 million years ago. The two most massive members of the Local Group are approaching each other at 120 kilometers per second. In three to four billion years (so while our Sun is still alive), up to 1.3 billion stars of the two galaxies will encounter each other. After another maybe three billion years, the merger will produce a gigantic elliptical galaxy, which could be called “Milkomeda” perhaps.

The merger, however, already began a long time ago, as researchers discovered using the Hubble space telescope. In an article published in the Astrophysical Journal, they describe how they studied the area around the actual galaxy, the so-called halo, through a program called AMIGA (Absorption Map of Ionized Gas in Andromeda). To do this, they examined light from 43 quasars – the extremely distant, bright nuclei of active galaxies powered by black holes – located far beyond Andromeda. The quasars are positioned behind different areas of the halo, so the researchers could study several different regions. By focusing on the light from the quasars through the halo, the team could observe how this light interacted with and was absorbed by the Andromeda halo and how this absorption changed in different regions. The immense Andromeda halo apparently consists of thin, ionized gas that does not emit any easily detectable radiation. Therefore, tracing the absorption of light coming from a background source is a better way to study these regions.