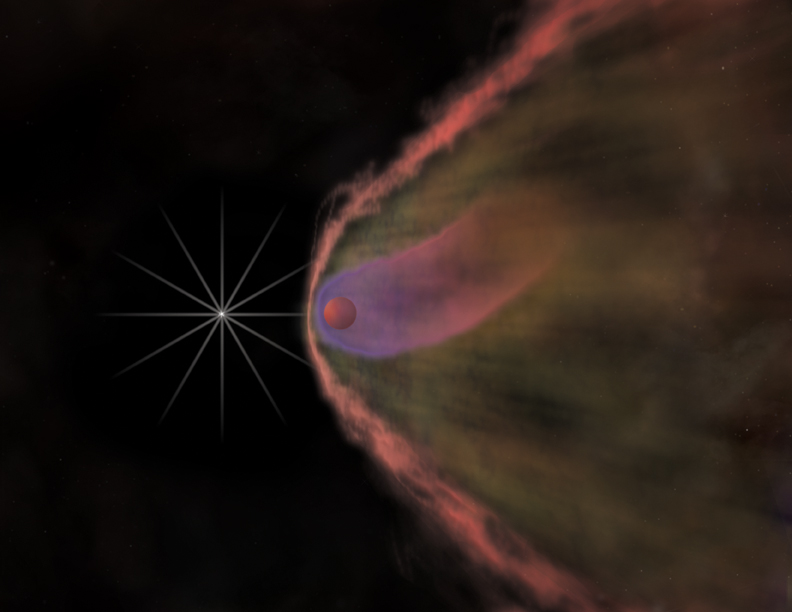 Double-star systems end like many marriages: one of the partners almost always dies before the other. When a star dies, if it was not too large, all that remains is a neutron star. This contains a big portion of the mass of the original star, but has a diameter of only about 20 kilometers (12.4 miles). So, like a figure skater who pulls in her arms to spin faster, the neutron star must rotate very quickly about its axis. In doing so, it emits radio waves like a lighthouse – for astronomers it becomes a pulsar, because the radio waves strike the Earth only at certain intervals.

Neutron stars are also formed by single stars. For them, that is the end of the story. For binary systems, double stars, however, their story is not quite over yet. At some point, the second star will also grow old. It expands – and would normally also end with an explosion, but it does not get the chance. Instead, the pulsar gobbles up almost all the matter that it can. In this way, it gains energy and thus has to rotate even faster. Astronomers call these pulsars “black widows,” because they feed on their partners (which is rather rare with the actual spiders).