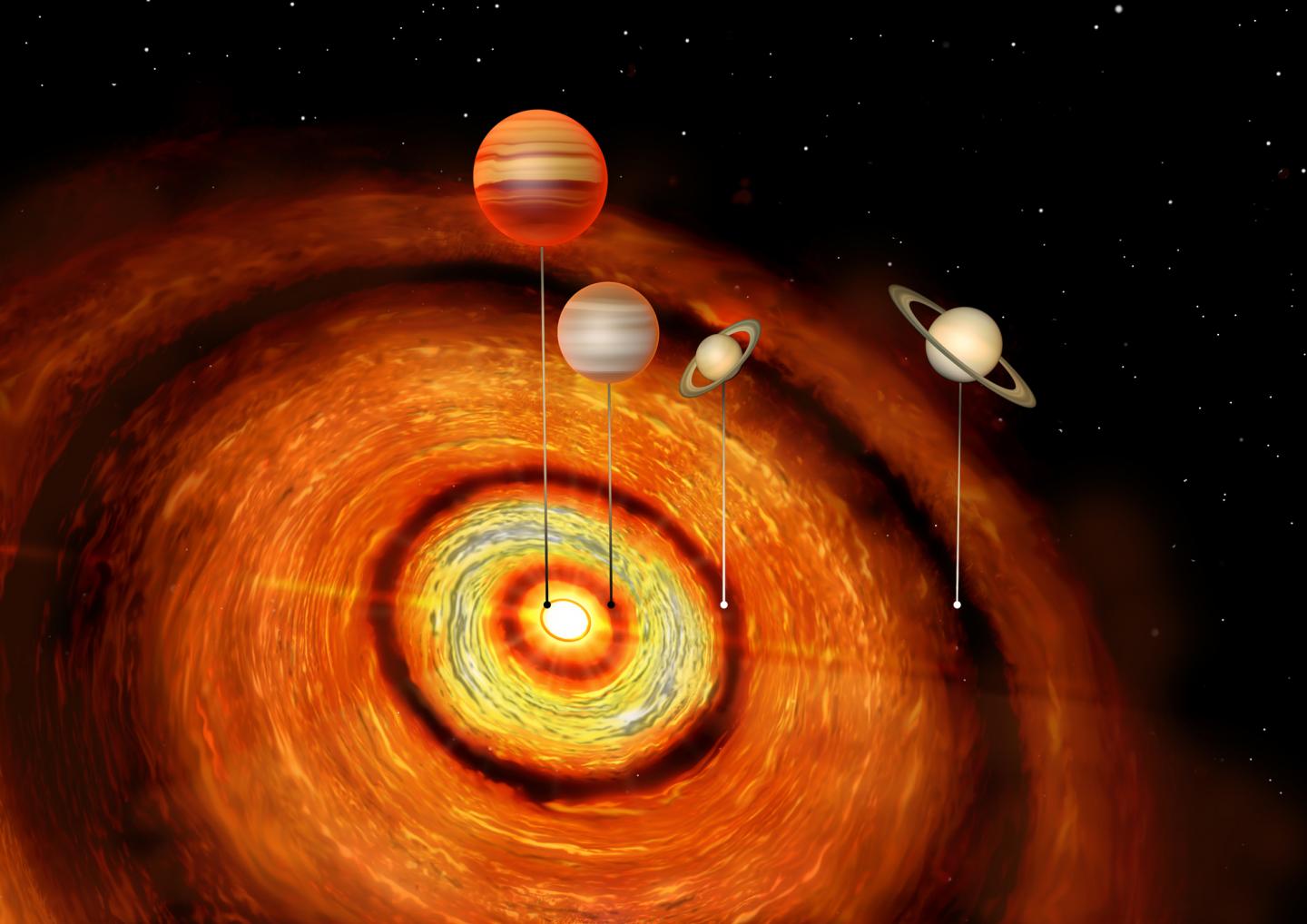 CI Tau, which is 450 light-years from Earth, is a T-Tauri star – these are stars that are still in their birth phase. Fusion has only recently ignited in its core, and the star is still contracting to its final size. Even though CI Tau is only approximately two million years old, it already has a companion: a “hot Jupiter” that has a mass of eight to ten Jupiters and is orbiting its host star at a close distance.

It was previously thought that at least ten million years were needed to form these conditions. That’s why scientists were surprised when they discovered the companion CI Tau b in 2016. Now they have found even more surprises, because apparently there is not only one, but four planets within the protoplanetary disk surrounding the star, as a team from the University of Cambridge and others has determined with the help of the Atacama Large Millimeter/submillimeter Array (ALMA).