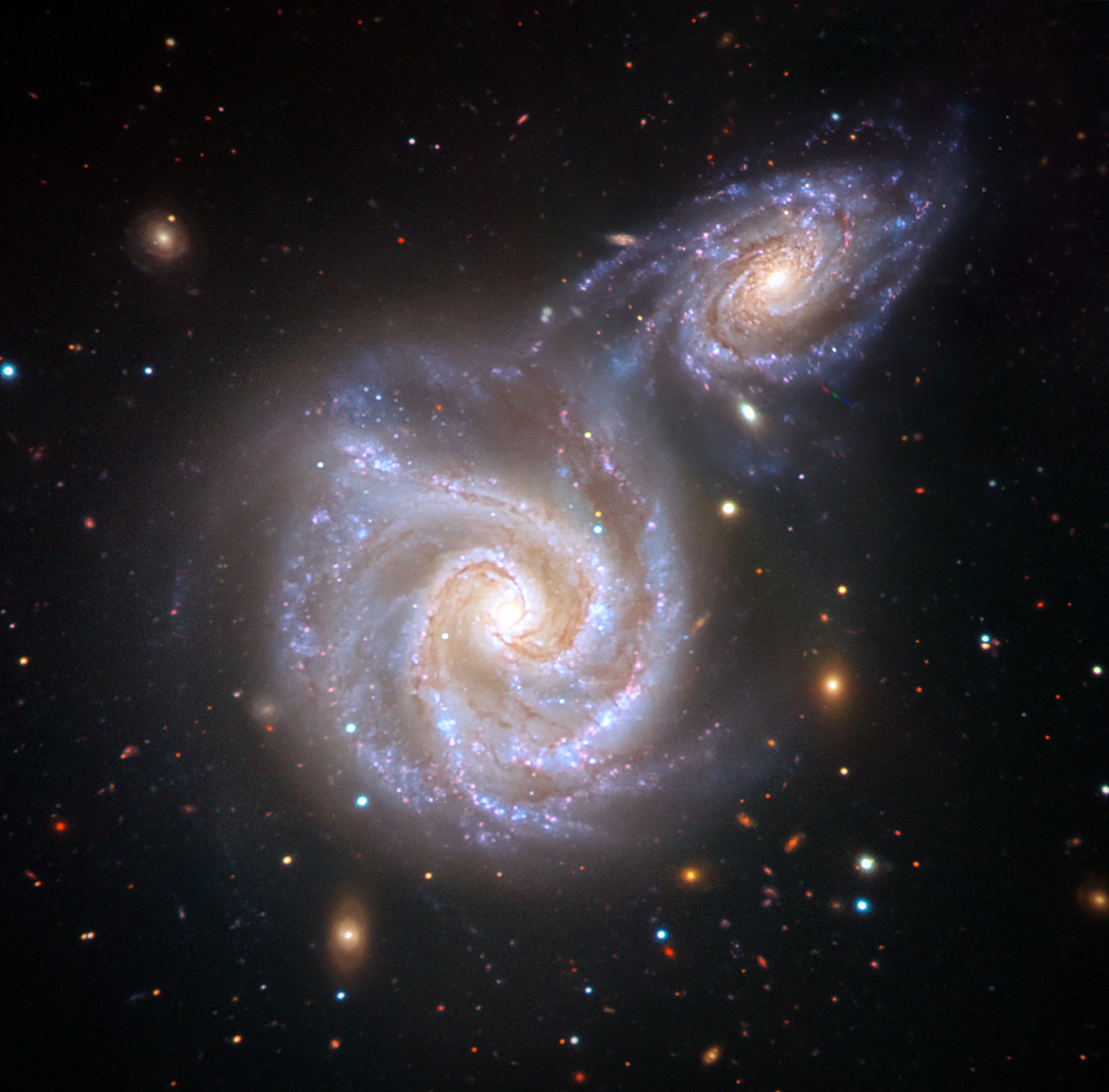 Eight to ten billion years ago, thus, in its youth, our Milky Way apparently had a fateful encounter: it crossed paths with another, significantly smaller galaxy. The researchers who discovered this gave the smaller galaxy the name “Sausage Galaxy,” but this is perhaps a little unfair, because in reality it had a similar elliptical shape as the Milky Way.
The name “Sausage” came from the way the collision was proven. To do this, astronomers examined the distribution of velocities of the stars in the Milky Way. This showed that a sausage-shaped group of stars with similar patterns of motion is moving through our Milky Way – and these stars are the remnants of the former dwarf galaxy.