Surface water or even rain clouds are sought in vain on Mars today. In the early days of the planet, however, things looked different. Four billion years ago, a kind of megaflood could have swept over the Red Planet, as a joint project of scientists from Jackson State University, Cornell, the Jet Propulsion Laboratory and the University of Hawaii shows. It is based on data collected by NASA’s Curiosity Rover, which investigated the Gale Crater on Mars.

In the paper, published in Scientific Reports, the researchers describe how a megaflood – probably triggered by the heat of a meteorite impact that released carbon dioxide ice stored on the Martian surface – caused gigantic waves, revealing geological structures familiar to scientists on Earth. “We identified the megafloods for the first time using detailed sedimentological data,” says co-author Alberto G. Fairén, an astrobiologist. “Deposits left behind by megaflods had not previously been identified with orbiter data”.

END_OF_DOCUMENT_TOKEN_TO_BE_REPLACED 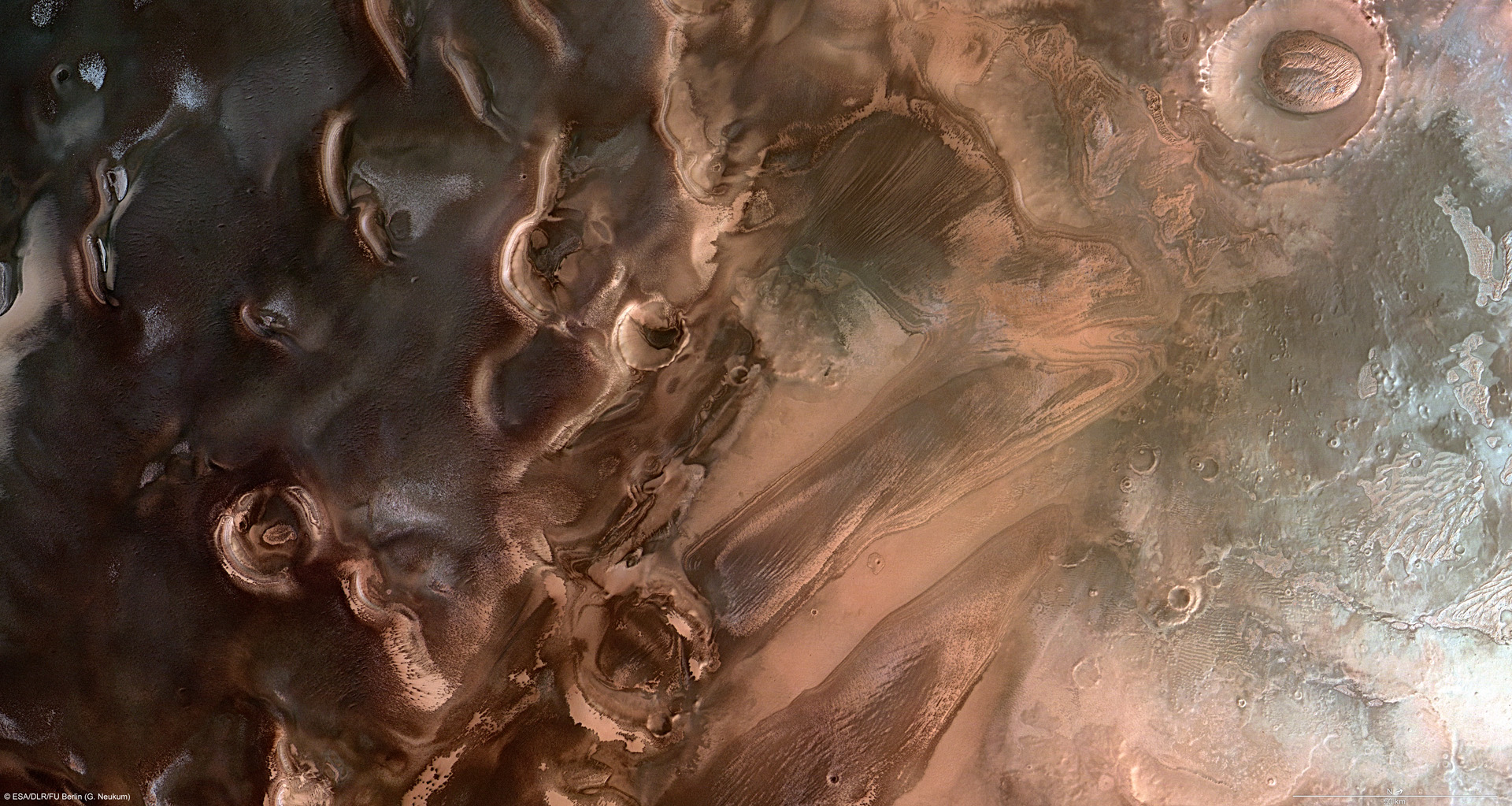 It is known that subglacial lakes exist in the terrestrial Antarctic. Previous research has shown a similar lake below the southern Martian polar region, which was discovered by the Mars Advanced Radar for Subsurface and Ionosphere Sounding (MARSIS) on board the spacecraft Mars Express. The presence of a subglacial lake could have important consequences for astrobiology and the presence of habitable niches on Mars. However, there is a debate about whether the water depot is really liquid and how it is composed.