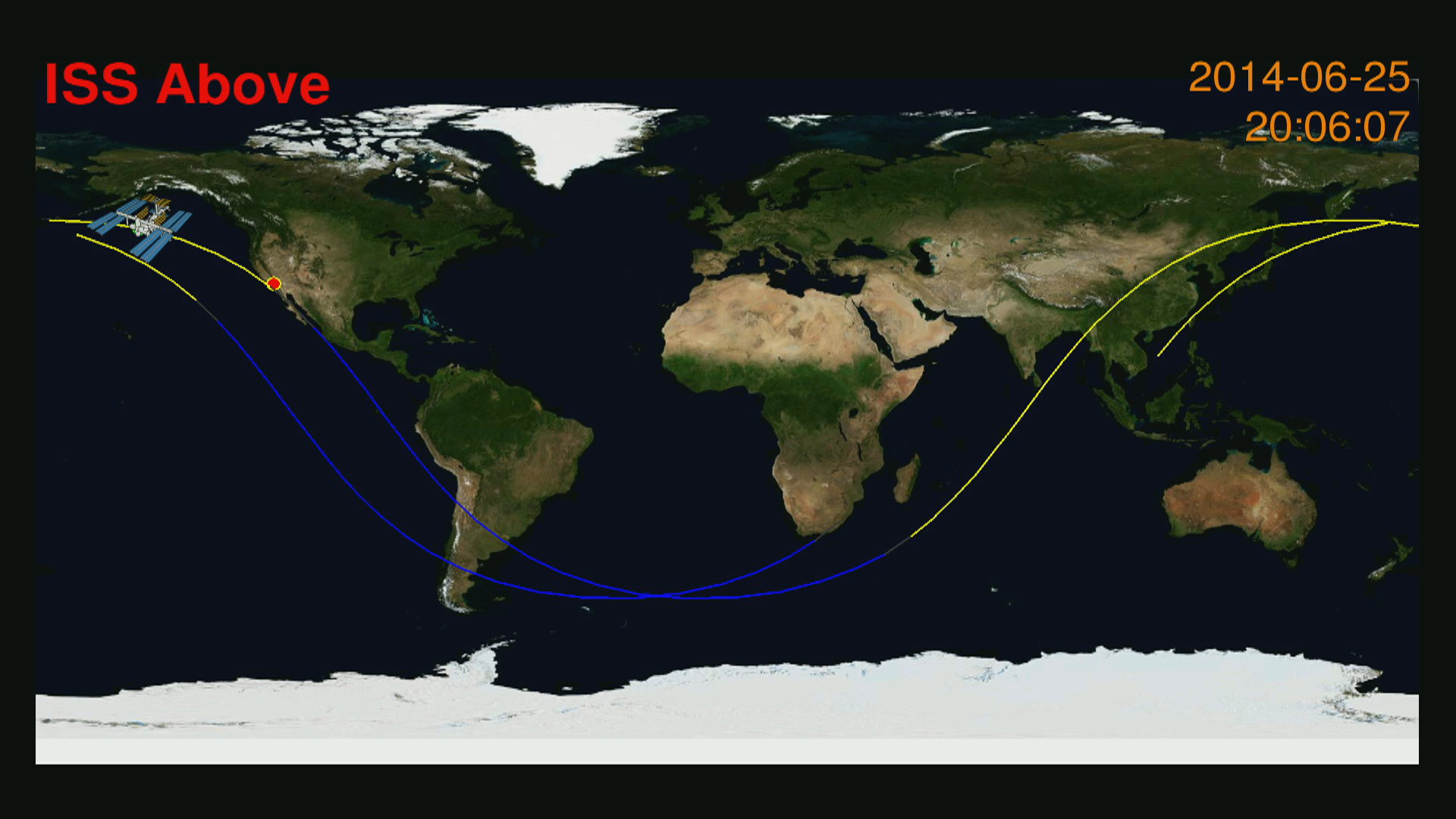 Since 2014, four high-definition cameras on the outside of the International Space Station ISS have been tracking what’s going on in space. “ISS Above” can bring this video stream (and a lot more information) right to your television screen. Normally, the cameras are filming our planet and thus offer a unique look at the Earth as usually experienced only by astronauts.

However, the Earth is visible in the video stream only when the ISS is above the Sun-lit side of the Earth during its 92-minute orbit around our planet at an altitude of about 450 kilometers (280 miles). That corresponds to about half of its orbit. During this time, the video stream is switched through all four cameras that are pointed forward in the direction of travel, straight down toward the Earth, and at an angle behind the station (two cameras).