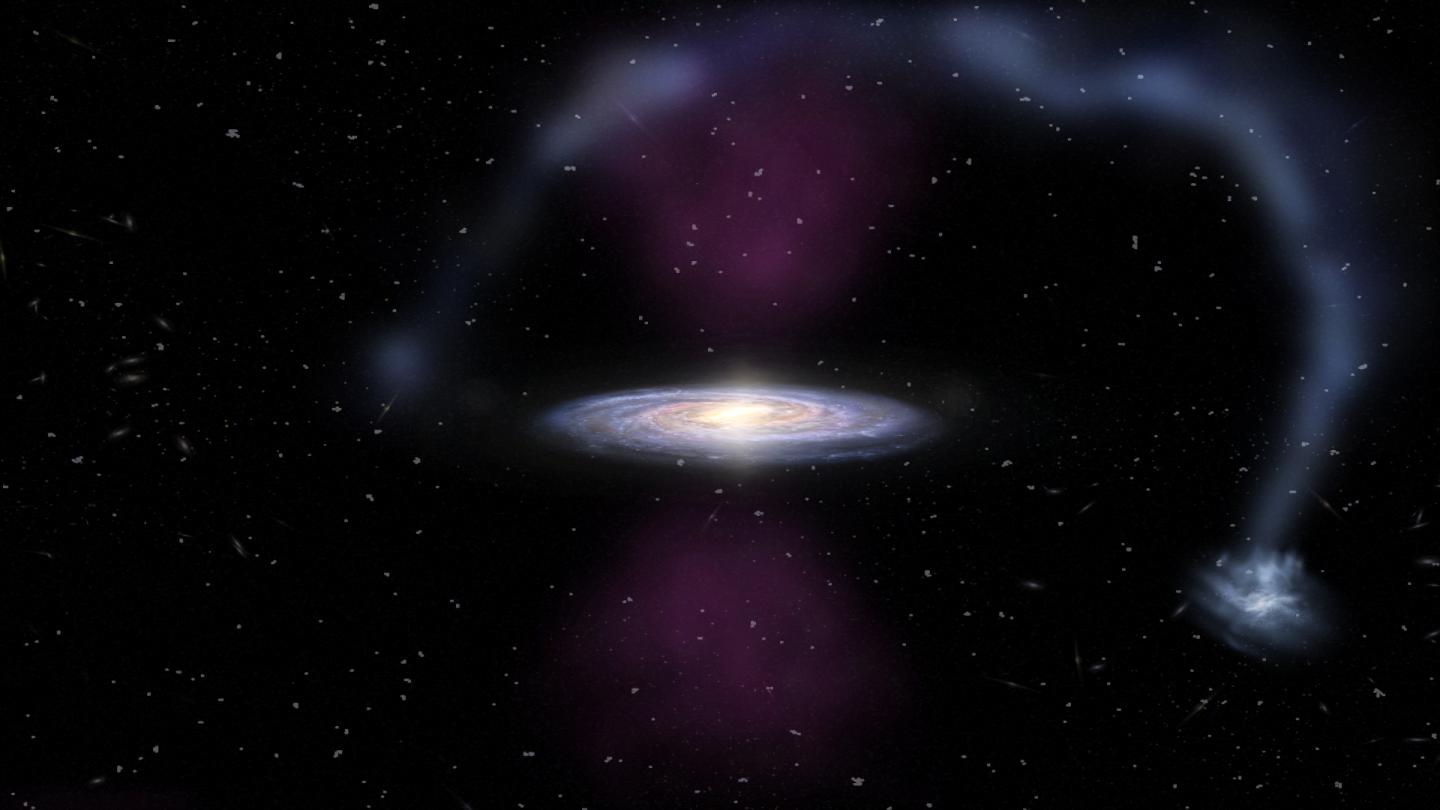 Right now, despite its 4.2 million solar masses, Sagittarius A*, the gigantic black hole at the center of the Milky Way, appears to be a harmless, sleeping giant. But that wasn’t always the case. If one of our ancestors, Australopithecus, had been able to observe the skies over Africa 3.5 million years ago (thus, long after the extinction of the dinosaurs) just as intensively as we can, he might have been able to witness a gigantic, approximately 300,000-year-long explosion in the center of the Milky Way, which created conical bursts of radiation extending through both poles of the galaxy out into interstellar space.

This observation is described by a team of researchers led by Professor Joss Bland-Hawthorn of the Australian ARC Centre of Excellence for All Sky Astrophysics in 3 Dimensions (ASTRO 3D) in the Astrophysical Journal (link to the full text). The phenomenon, a so-called Seyfert Flare, left its traces in the form of two enormous ionization cones that begin with a small diameter at the black hole and increase in size as they extend across the galaxy.