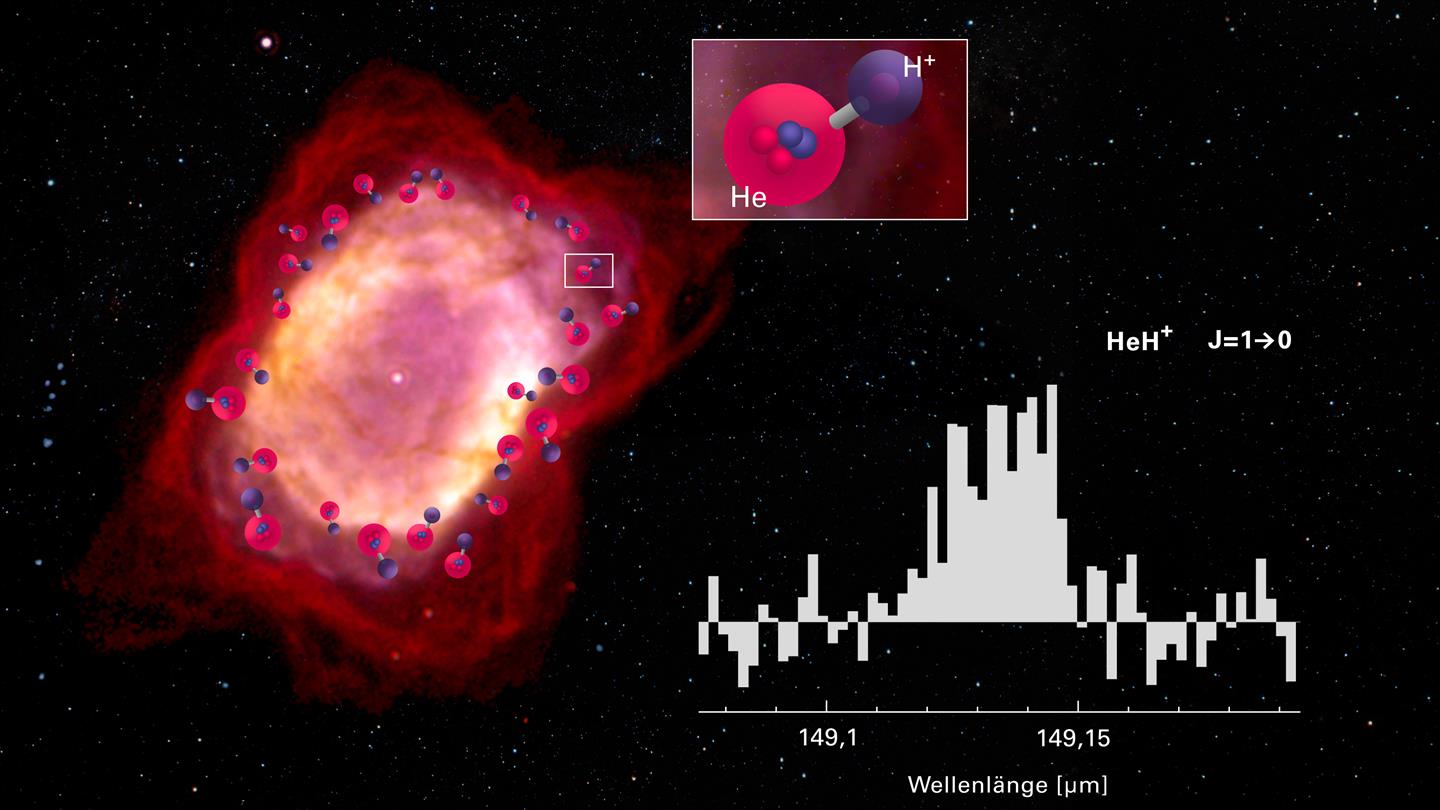 The helium hydride ion HeH+ is a puzzle in and of itself. As a noble gas, helium does not easily bond with other elements. And in the early universe, the selection of elements was much smaller than it is today: the only elements were hydrogen (H), helium (He), and traces of lithium, and only in ionized form, that is, without electrons, which form the basis for chemical bonds. After the big bang, the universe had to cool down first, for a period of approximately 300,000 years, before chemistry could begin.

At a temperature of about 3700 degrees Celsius, the existing atom nuclei recombined with free electrons and thus created the first neutral atoms. According to current popular models, the process began with helium. Hydrogen was still ionized at that time, so helium atoms could combine with free protons to create helium hydride ions HeH+, which therefore became the first molecular compounds in the universe. Later, neutral hydrogen atoms began forming and these reacted with HeH+, creating molecular hydrogen and helium.