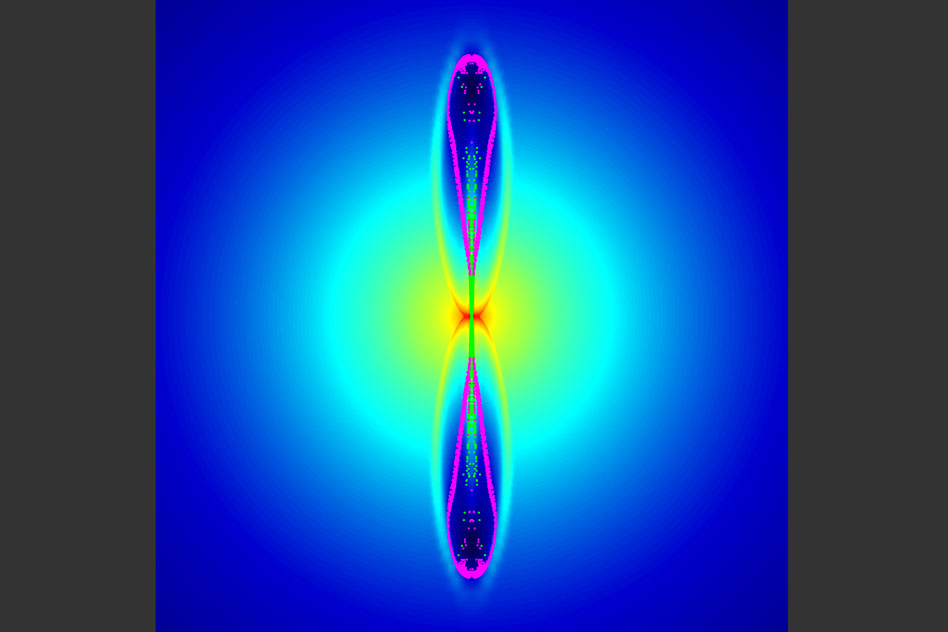 After a star with significantly more mass than the Sun has consumed all its fuel, it decays into a massive firework display, a supernova. In today’s universe, that is not a very common sight, because the greatest percentage of stars is made up of red dwarfs, which end their lives not nearly so spectacularly. Our Sun is also not destined to turn into a supernova. It will grow into a red giant and then, at the end, only a harmless white dwarf will remain.

In the early universe, however, things were much different. At that time, there were neither red dwarfs nor stars around the size of our Sun. Instead, the much smaller universe at that time was filled with giant stars that today would be classified in so-called Population III. They were made only of what the big bang had supplied for them: hydrogen, helium, and a bit of lithium. But the composition of the cosmos changed as these early stars ended their short, but energetic lives. Their explosions created the first heavy elements that would accumulate to form stars of the younger Populations II and I.