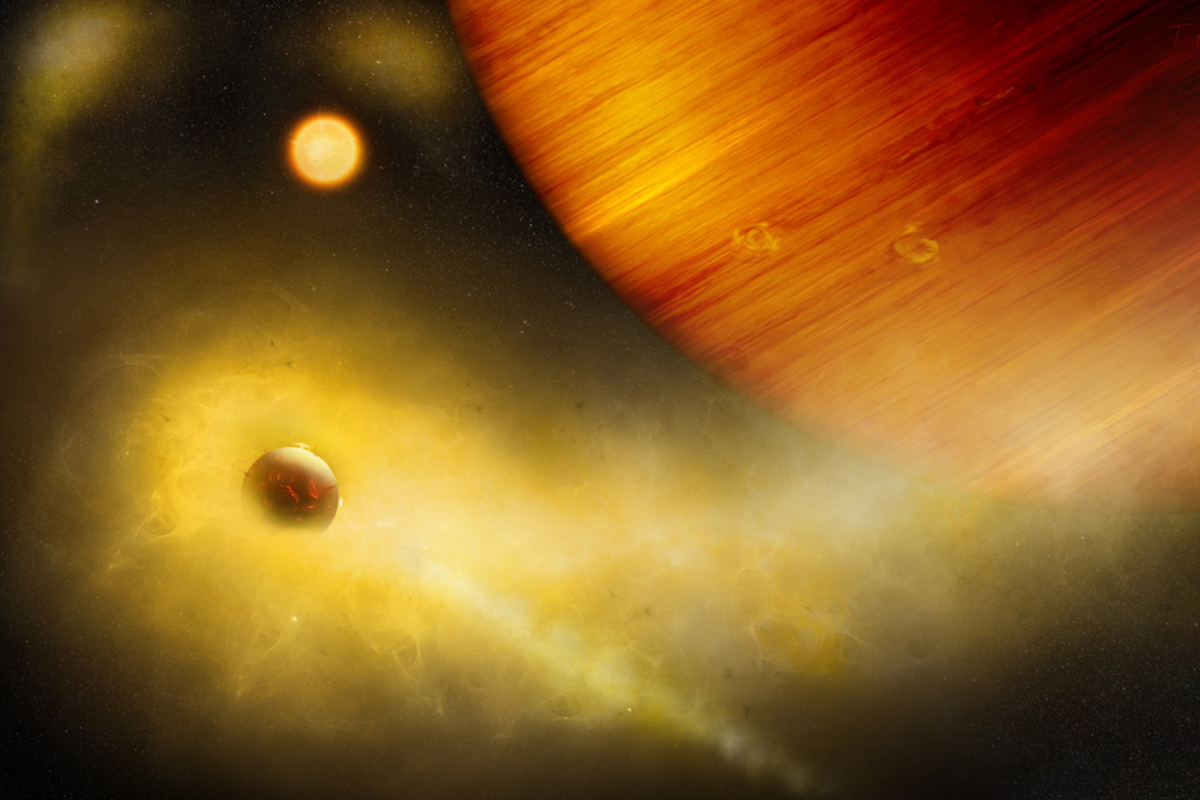 WASP-49 is a yellow dwarf star, somewhat smaller than the Sun and, in the grand scheme of the universe, just as unimportant as our own home star, so that up to now it hasn’t even been given a proper name. Astronomers also know it as “2MASS J06042146-1657550” or “TYC 5936-2086-1.” The fact that it also has the relatively short and catchy name of WASP-49 is thanks to the “Wide Angle Search for Planets”: WASP is an international cooperation that operates two autonomous telescopes. In 2011, researchers analyzing data from these telescopes discovered a planet orbiting this star, 550 light-years from Earth in the constellation of Lepus (the hare).

WASP-49 b is somewhat larger than our Jupiter. It is, however, what is called a “hot Jupiter.” WASP-49 b orbits its host star once every three days at a distance of 0.037 astronomical units (Earth is 30 times farther away from the Sun). It is so close to its star that it must be extremely hot. Researchers now think there is a moon in this rather inhospitable area. This exomoon – a moon outside of our own Solar System – would be an extreme version of Jupiter’s moon Io, thus, an exo-Io.