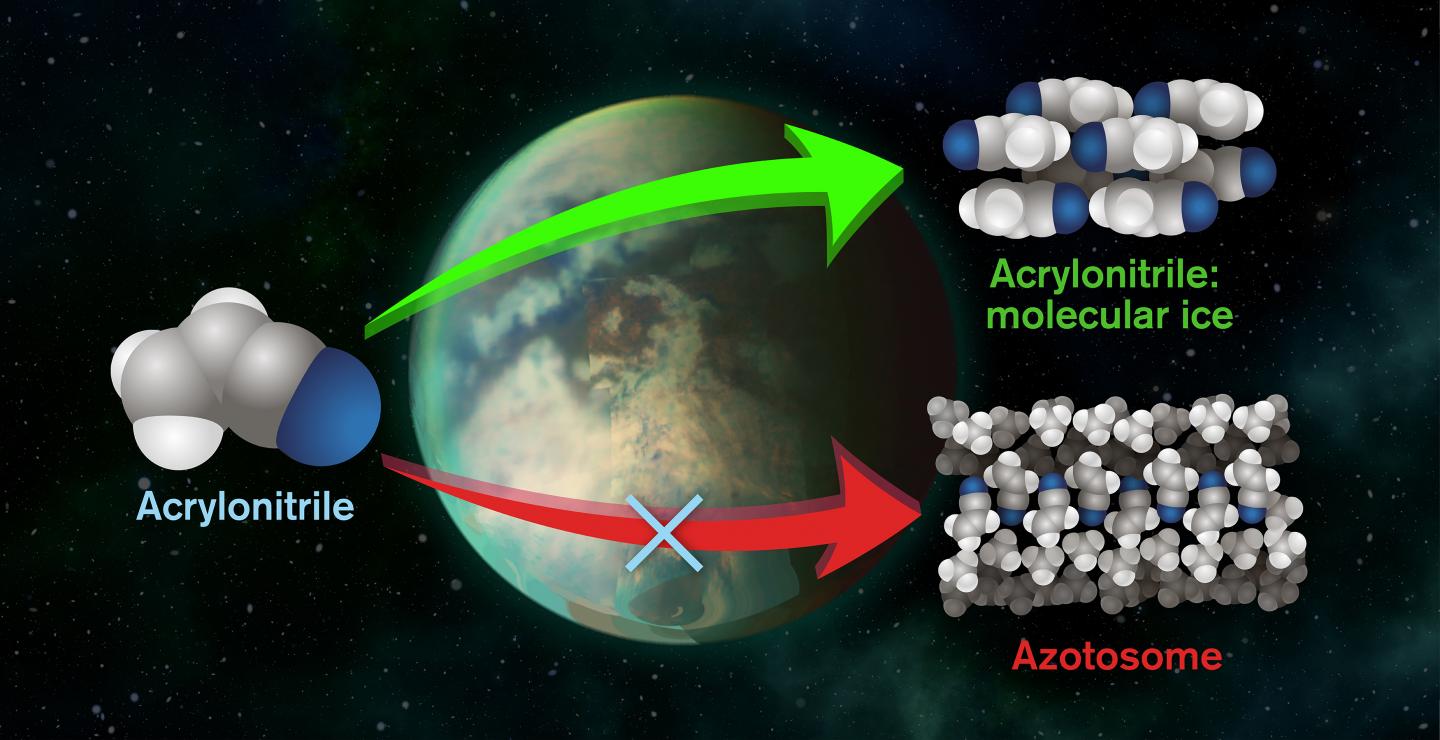 So that life as we know it can emerge, it must be able to differentiate itself somehow from its environment. Therefore, every cell needs a shell that allows nutrients to pass through it from the outside, but nevertheless protects the cell’s insides from the outside world. On Earth, cell membranes perform this function and are made from lipids, hydrocarbon compounds that include, among other things, fatty acids.

On Saturn’s moon, Titan, it is much too cold, at an average temperature of -180 °C, for the formation of lipids. But there is a different class of substances there that astrobiologists had hoped could take on the function of lipids: acrylonitrile. Molecules of this substance could combine to form so-called azotosomes, whose properties are similar to those of lipids. In fact, it has already been shown that azotosomes could exist on Titan – and there was no lack of its starting material, acrylonitrile.