How does a radio telescope work? A visit to the Very Large Array

Every – okay, almost every – object in the universe emits light. When astronomers talk about light, however, they’re not only talking about the small portion of the entire electromagnetic spectrum that humans can see, i.e., the optical range, but instead they’re talking about all of it: radio waves, infrared, visible light, UV light, X-rays, gamma radiation (listed here in order of decreasing wavelength). Physicists would call this “electromagnetic radiation,” but “light” also fits very well, because, in the end, the same laws always apply for reception. Resolution, focal length, etc., it doesn’t matter if you are using a giant dish or a telescope, the terms always have the same meaning.

A radio telescope, as should be obvious, detects radio “light” from celestial objects. This is interesting, because radio waves are barely affected by dust and other obstacles, which is different, for example, from optical light (which cannot pass through dust) or infrared (which cannot pass through the Earth’s atmosphere). The ideal, of course, is to observe an unknown object in all wavelengths. All-wavelength observations is actually the big trend right now in astronomy; the technical term for it is “Multi-Messenger Astronomy.”

The Very Large Array (VLA), which is located in central New Mexico on the Plains of San Agustin at an elevation higher than 2000 meters (6500 feet), adds another aspect: not just one telescope is used, but instead 27, which are spread over a large area. When the individual images from each antenna are superimposed in a computer, an image with a much higher resolution is produced. The antennas are located on three axes, two of which are 21 km (13 miles) long and the other is 17 km (11 miles) long.

Every four months, the telescopes are moved on double rail tracks (visible in the picture below) with the help of a special transporter, so that they can form a new arrangement that has somewhat different resolution characteristics. This rearrangement usually takes about one week, where each antenna cannot be moved faster than 5 km/h (3 mph). The most impressive arrangement is probably Configuration D, because all 27 are located close to each other within a small area.

The antennas are controlled from a control room that is manned 24 hours a day. Science isn’t actually practiced here; the “pilots” merely input the scripts prepared by researchers from all over the world into the system, which then executes the scripts, and the recorded data is then made available online. Which observations are accepted is decided by a panel of researchers, who assign an importance of “essential” to “only in event of emergency” to each task. Projects at the second-lowest urgency often must put up with unfavorable observation conditions, for example, when it is storming or there are large groups of visitors on the grounds (every first and third Saturdays there are behind-the-scenes guided tours). Cell phones are one of the largest sources of interference. The system is so sensitive that it could measure the radiation from one smartphone that was at the same distance from the Earth as Jupiter.

The VLA was thoroughly upgraded in 2010. But in about 10-15 years, it will become obsolete in terms of technology. Then the Next Generation VLA (ngVLA) should enable more progress by increasing the resolution and sensitivity by ten times with 244 radio telescopes (with 18-meter (60-foot) dishes) over a distance of almost 9000 kilometers (5600 miles) (see the video below). Where the original VLA cost around $80 million, the ngVLA, if it’s approved, will cost $2 billion.

Planet Suran is a paradise and offers the best conditions for life. Its diverse inhabitants are intelligent - all of them. According to legend, the builders, higher beings, breathed intelligence into the creation shortly after the world was created. Science sees it differently: biologists have found evidence that all genetic material of suranic life has been artificially altered in the recent past.

Olom doesn't know who is right, traditionalists or moderns, and he doesn't care because he has his own problems. He has been lovingly raised by his three parents, but still he is missing something: a being just like him. No one else on Suran has only two legs and two arms. No one moves as clumsily. A strange photograph promises Olom help. But to uncover his origins, he must enter places that no Suran before him has ever explored. Are the builders themselves hiding there? 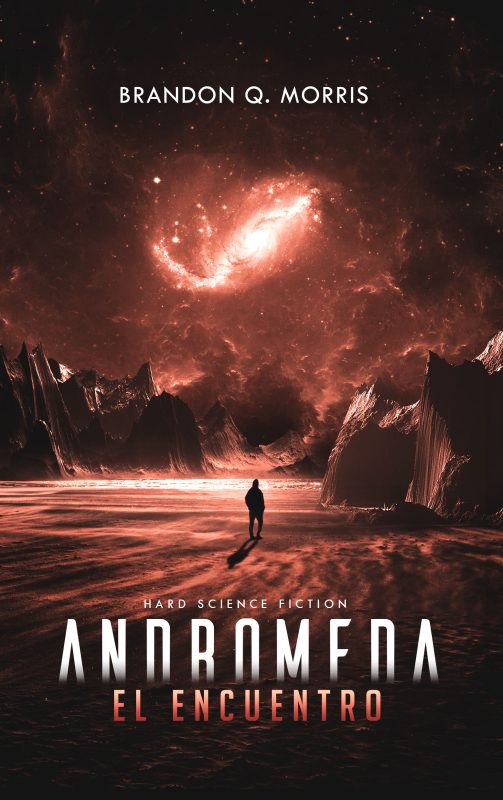